'People are afraid': Mystery crocodile found in lake in Crete

A crocodile has been spotted in a man-made lake on the Greek island of Crete. Authorities on the resort island said the 1.8-metre reptile was discovered last week near the seaside town of Rethymno. Crocodiles are not native to Crete and locals remain mystified about where the creature came from and how it ended up in the lake.

Yes, they [the locals] are very upset because they are in danger. There are farm lands and properties [nearby] and people are in danger, they are afraid.

One theory is that it had been kept as a pet and was abandoned after it grew too large. Some local souvenir shops are taking advantage of the mystery and have started selling inflatable crocodiles. But not everyone is quite as amused. Residents have started blaming the crocodile for the recent disappearance of lambs and ducks. Authorities have now fenced off the lake and say they will attempt to remove the crocodile on Thursday. 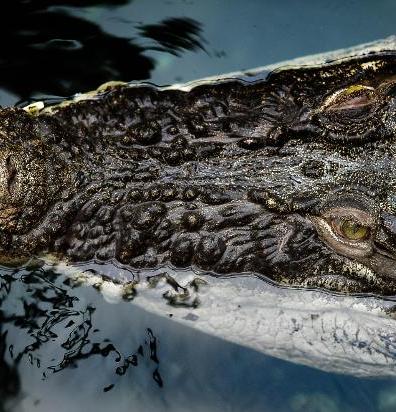