Typhoon Neoguri, one of the strongest and biggest typhoons to hit during Japan’s summer months, packed sustained winds of 194 kilometres per hour and gusts up to 240 kph as it pounded the southern Japanese islands of Okinawa. The government said 10 people were injured, one seriously. Two have died and more than 500,000 people were urged to evacuate and hundreds of flights were cancelled in Japan. The slow-moving storm was expected to reach Kyushu, the next main island in its path, sometime Thursday.

When the wind blows most strongly, it’s impossible to stand. You have to hold on to something. The lights are fading in and out, like the house is haunted. The rain is getting stronger and falling sideways.

Japan is relatively well prepared for typhoons, but heavy downpours could cause landslides and flooding if the typhoon moves across the Japanese archipelago as expected on Thursday or Friday. Television footage showed a building shattered, damaged storefronts and trees toppled as winds picked up in the Okinawan capital of Naha. 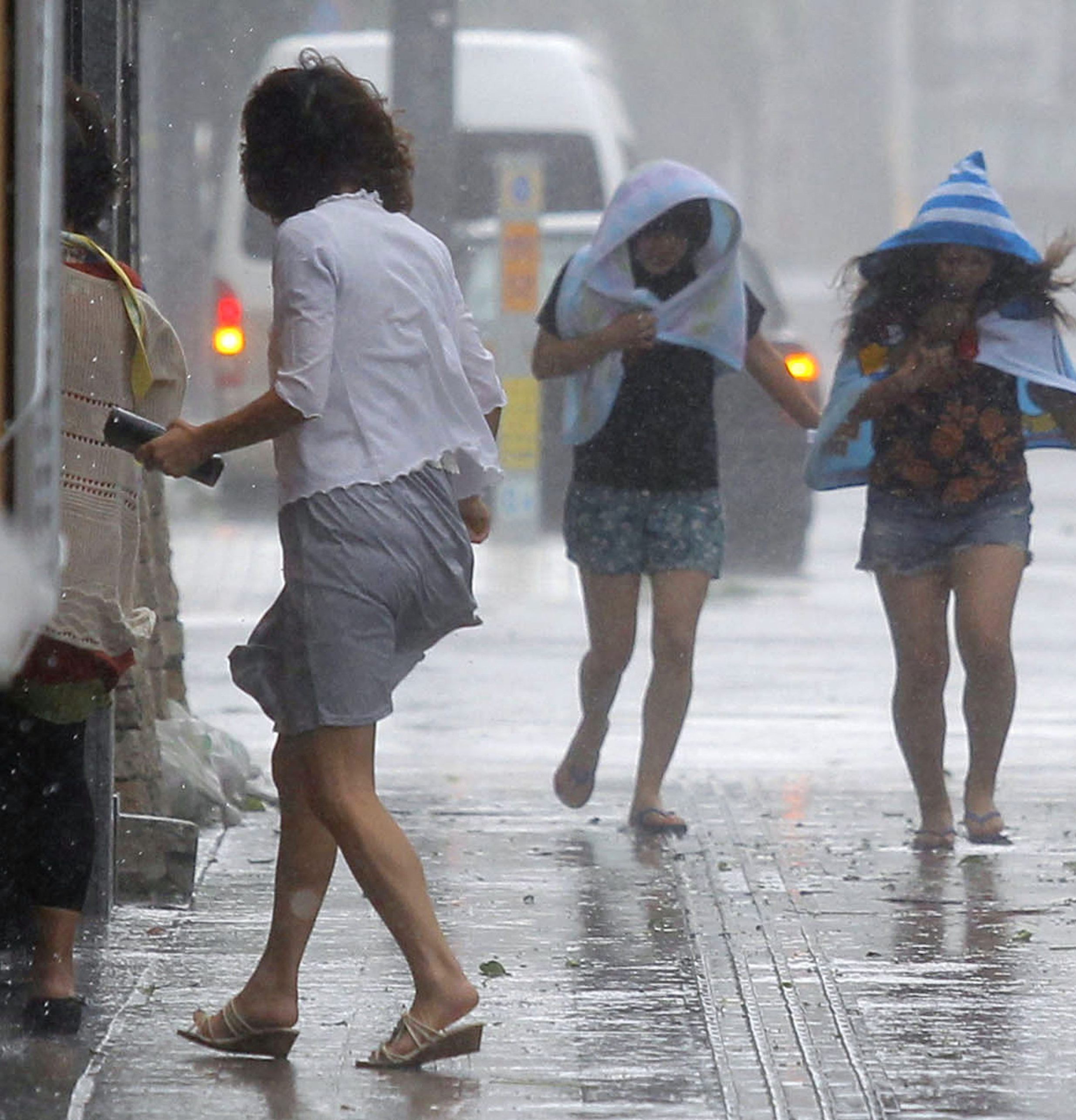