Pig on a plane: Woman hustled off flight for pig’s alleged disruptiveness

Pigs do not fly, this time especially not on a U.S. Airways flight. A woman carrying a large pot-bellied pig was asked to remove her animal from the plane after boarding a U.S. Airways flight out of Connecticut with it on Wednesday. The animal weighed approximately 32 kilograms. Passenger Jonathan Skolnik told ABC News he initially thought the pig was a duffel bag, given the way it was slung over the woman’s shoulder. But it turns out it wasn’t, he said. “We could smell it and it was a pig on a leash.” American Airlines, the parent company of U.S. Airways, told ABC News that the passenger brought the pig aboard as an emotional support animal. She was asked to leave when the pig became disruptive to other passengers.

She tethered it to the arm rest next to me and started to deal with her stuff, but the pig was walking back and forth. I was terrified, because I was thinking I’m gonna be on the plane with the pig.

Jonathan Skolnik, a passenger on board the same flight 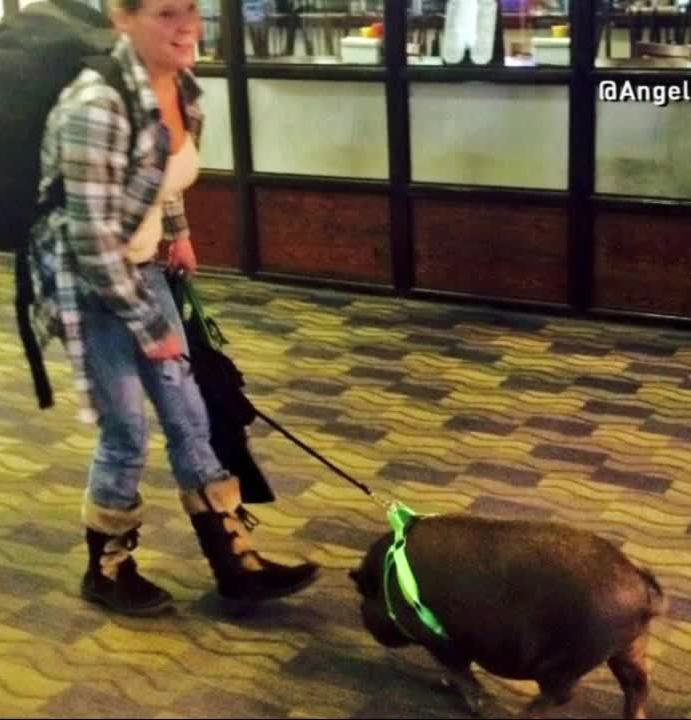