Thousands of angry protesters hit the streets of Haiti to demand the resignation of President Michel Martelly, in the latest public outcry over long-delayed elections in the troubled Caribbean nation. Haiti has been mired in political crisis for three years over the failure to hold municipal and legislative elections. If elections are not held before Jan. 12 next year, parliament will be automatically dissolved and Martelly can rule by decree. Demonstrators called for Martelly and Prime Minister Laurent Lamothe to step down, accusing them of mismanagement.

Down with Martelly! Down with Lamothe, chief of corruption! They have to go!

Several main roads were blocked as demonstrators piled rocks in the streets, overturned trash cans, and burned tires and barricades. Later in the day, in a televised address to the impoverished nation, Martelly announced the formation of a committee of “credible and honest personalities” tasked with finding a way out of the political impasse. They will make their recommendations to him. The protests come one day after more than 20 opposition groups spoke out against the long election delays and condemned any moves by Martelly to rule by decree.

We are alarmed by the risk of a political vacuum when parliament closes on January 12, 2015, as none of the planned elections have been held over the last three years.

Excerpt from a statement released by 20 opposition groups, regarding Haiti’s lengthy election delays 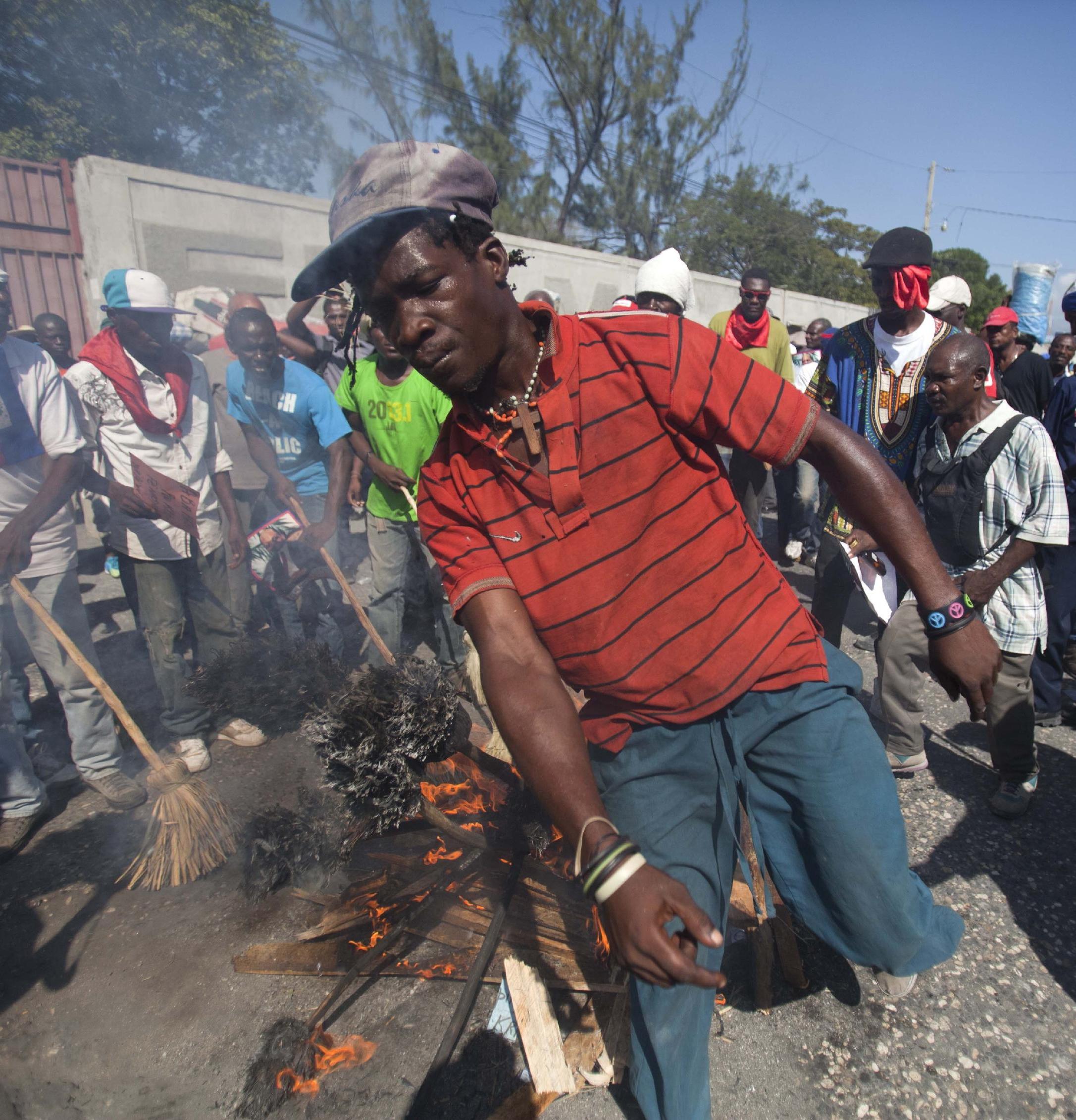