Pippa Middleton has given her first-ever television interview. The 30-year-old sister of the Duchess of Cambridge, propelled into the spotlight at the royal wedding, had a sit-down chat with American journalist Matt Lauer for NBC’s “Today” show. Lauer, who travelled to London to interview the party planner, revealed in a preview that they spoke about “what it is like to be Pippa Middleton.” The Middleton family has so far always been cautious about speaking to the press.

We talked a lot in just the last hour about this great bike event she did across America, money she raised for two really great charities, and we are also going to hear about what it is like to be Pippa Middleton.

The interview has prompted suggestions that Middleton may be offered a role as a correspondent for the show. Lauer sat at a table with Middleton in a sunny garden as part of a live video linkup to promote the programme. Kate’s sister, who is a columnist for Waitrose’s monthly magazine, gained notoriety for her figure-hugging bridesmaid’s dress when Kate married the Duke of Cambridge in 2011. The interview will be shown in the U.S. in two parts—on Monday and Tuesday next week.

It’s startling to achieve recognition on account of your sister, brother-in-law and bottom. 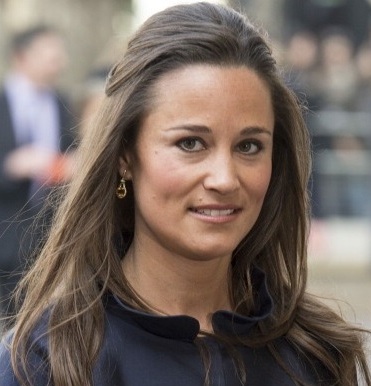