A sound operator on reality U.S. TV show Cops has been shot dead by police officers who opened fire during a robbery at a fast food restaurant. Bryce Dion, 38, died along with the robbery suspect, who was armed with a pellet gun police thought was a real weapon, authorities in Omaha, Nebraska, said yesterday. The suspect, 32-year-old Cortez Washington, fired from the pellet gun before officers returned fire, police chief Todd Schmaderer said. He said witnesses and officers thought the Airsoft handgun looked and sounded real, but later discovered it fired only plastic pellets.

Personally, I will live with this forever. If I’d have known that this would happen, of course, I wouldn’t have done it.

Cops has depicted law enforcement officers in action since it premiered in 1989. Washington was wounded by the officers’ gunfire, but fled outside the Wendy’s restaurant before collapsing. Officers continued firing as he left the restaurant and that was when Mr Dion was hit, said Mr Schamaderer. Mr Dion was wearing a bulletproof vest, but a single bullet that hit his arm “slipped into a gap in the vest” and entered his chest, the police chief said.

My concern with my officers is that they are taking this very hard. Bryce was their friend. 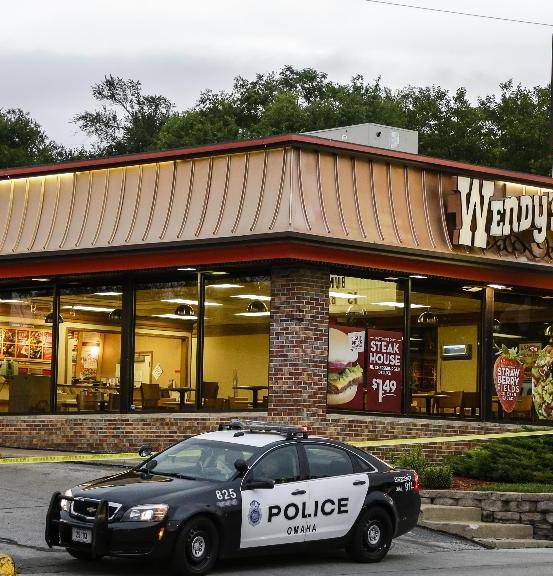