Justin Bieber has been named the Highest Earning Celebrity Under 30 of 2014. The 20-year-old pop singer has topped the Forbes list of young stars raking in the most money after making $80 million between June 2013 to June 2014, partly thanks to his Believe world tour. British boyband One Direction came in second on the list, with earnings of $75 million for the year between the five of them. And Taylor Swift, 24, is the top-earning woman under 30, coming in third place with an annual income of $64 million.

Jennifer Lawrence is the only actor to make it onto the list among all the high-earning musicians. The 24-year-old Hunger Games star made $34 million this year. J-Law came seventh, just behind Miley Cyrus, who recently celebrated her 22nd birthday and raked in $36 million thanks to her wild Bangerz tour. Lady Gaga, 28, was in eighth place with earnings of $33 million. Swedish DJ Avicii, 25, was ninth with $28 million and Californian electronic music star Skrillex, 26, completed the top 10 with earnings of $18 million. 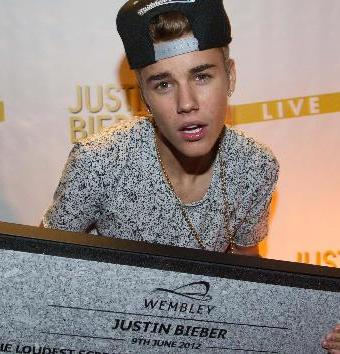