Firefighters in Australia have rescued a woman from a three-metre deep sinkhole which opened up beneath her while she hung out her washing. The 45-year-old was left floating in a pool of water after the earth collapsed in her back garden in Melbourne. The woman was able to attract the attention of neighbours and the emergency services were called.

The woman told us she was hanging washing out in the backyard at about 11.30am when the ground gave way.

Paramedic Stephanie Palamberis told the ABC that at one point the woman’s head was under water. Fire crews pulled the woman from the hole, which was around 60cm wide, and paramedics said she was not injured. Neighbours in the suburb of Springvale have been told to stay indoors until engineers have investigated the cause of the collapse.

She fell with the dirt and mud, dropping about three metres and landing in waist-deep water. 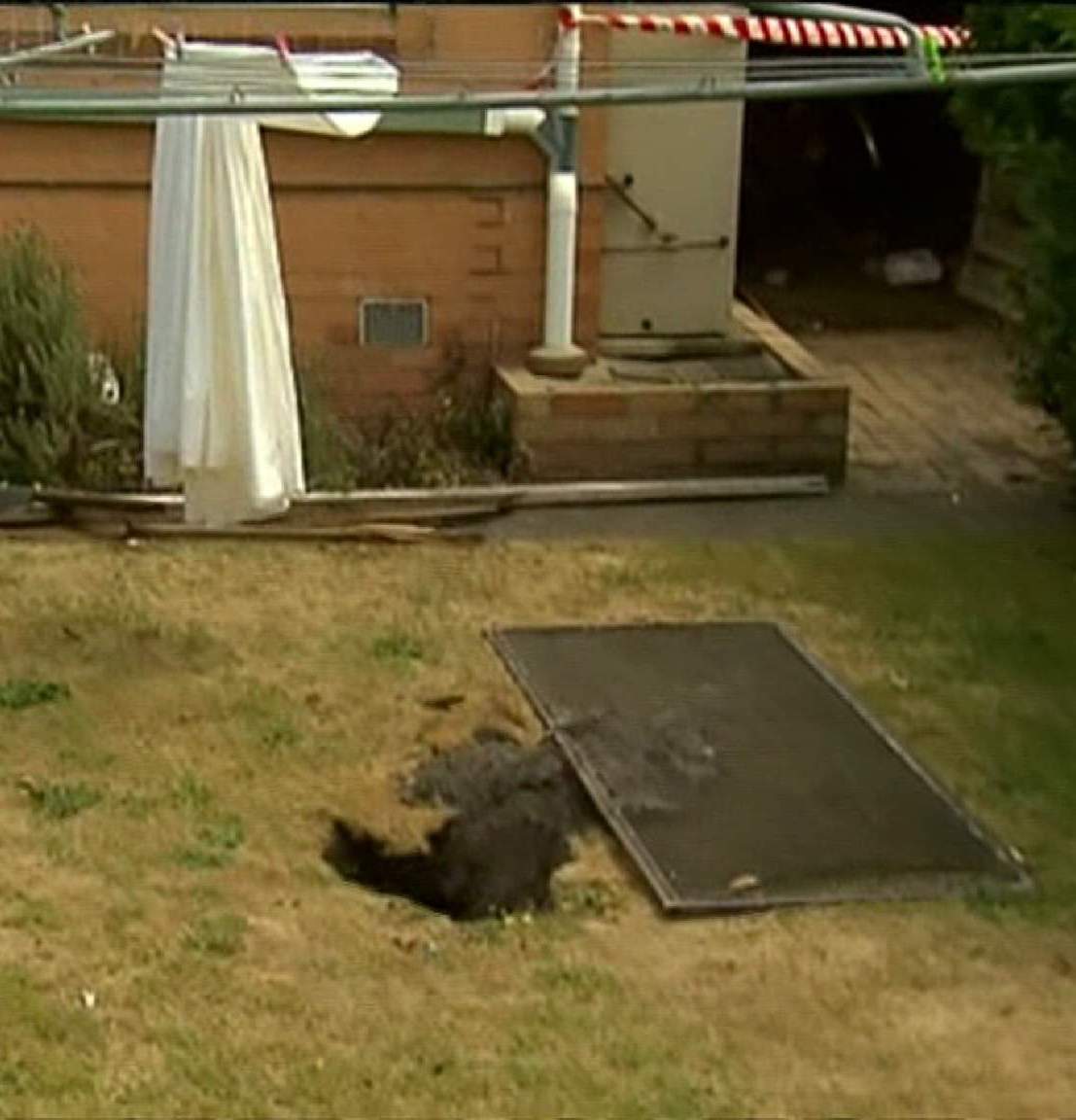