Russia has reportedly threatened to sue the French government after it refused to hand over a helicopter carrier Moscow ordered. Yuri Borisov, the country’s deputy minister of defence, was quoted by the Tass news agency as threatening legal action unless a political settlement was reached following the decision by French president Francois Hollande to indefinitely delay the delivery. France has been under pressure from allies for months to scrap the €1.2bn (£950m) contract because of Russia’s actions in Ukraine, which have resulted in tough economic sanctions being imposed on Moscow.

Everything is laid down in the contract, we will act in accordance with the letter of the contract as all civilised people do.

A Russian crew was already aboard the first of the two French-made ships, to be named Vladivostok, in Saint-Nazaire to begin the process of familiarisation. Construction of the second vessel, to be named after the Crimean port city of Sevastopol, is understood to remain on track. Russian MP Leonid Slutskiy weighed into the row by insisting that if Russia chose to sue France it would “immediately win the case”. The fallout from Russia’s intervention in Ukraine has resulted in a heightening of military tensions with the West.

The President of the Republic considers that the situation in the east of Ukraine still does not permit the delivery of the first BPC (helicopter carrying and command vessel). 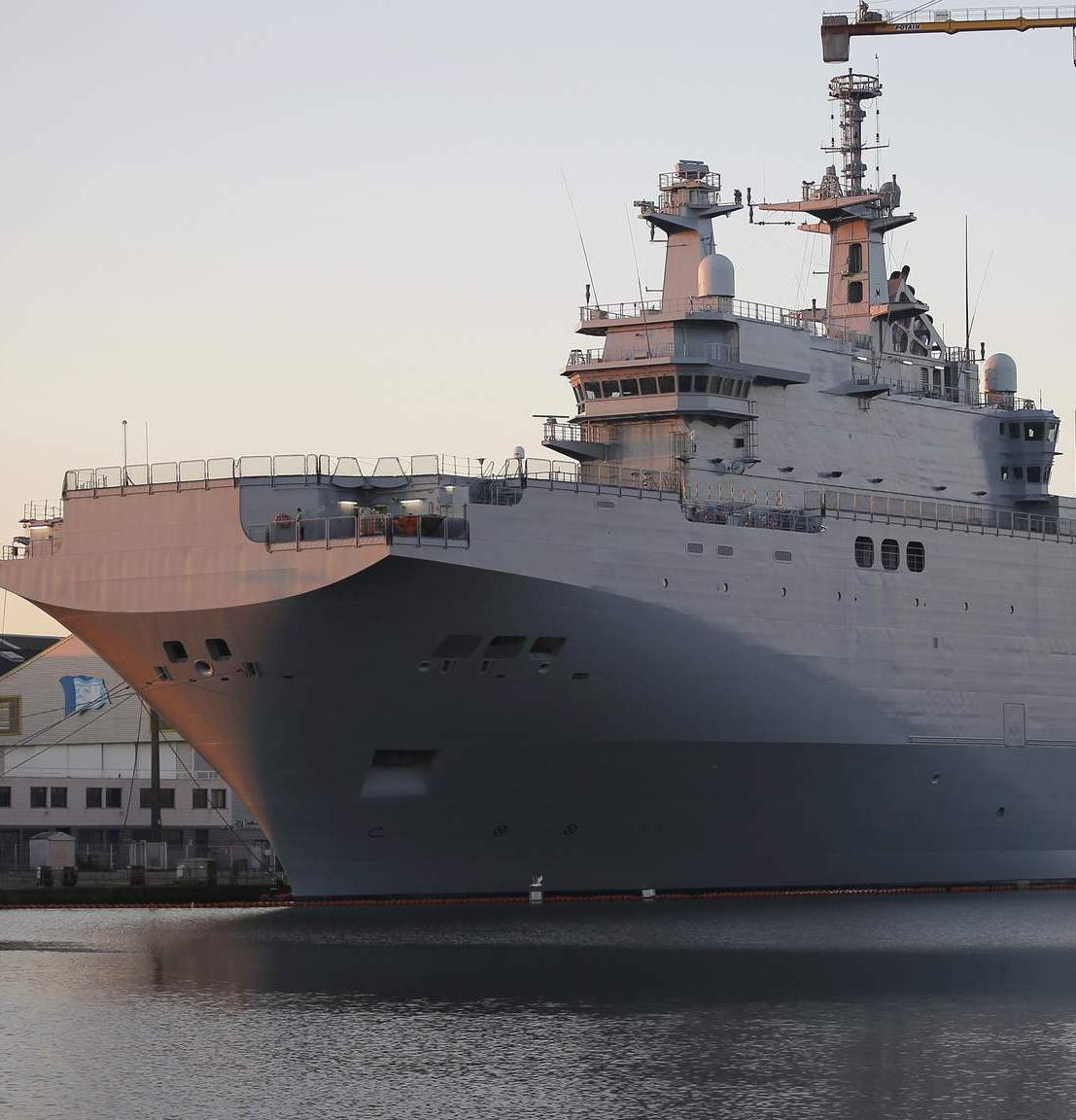