Pope Francis has called for renewed efforts to forge peace on the Korean Peninsula as he opened a five-day visit to South Korea with a message of reconciliation, as North Korea fired five rockets into the sea. During the first papal visit to South Korea in 25 years, and the first to Asia in 15 years, Francis told South Korean President Park Geun-hye that peace required forgiveness and mutual respect. During his speech, Francis only referred to “Korea” or the “Korean peninsula” and avoided any specific mention of either the North or South, which have remained divided since the 1950-53 Korean War.

Diplomacy… is based on the firm and persevering conviction that peace can be won through quiet listening and dialogue, rather than by mutual recriminations, fruitless criticisms and displays of force.

President Park said his visit would help open an era of “hope and reunification” and promised to expand humanitarian programmes to the North. But she also stressed there could be no real progress until Pyongyang abandoned its nuclear weapons programme. North Korea has this year conducted an unusually large number of missile and artillery test firings. All of the short-range missiles fired on Thursday landed in the sea off North Korea’s east coast, hundreds of miles away from the Pontiff’s plane. Although North Korea declined an invitation to Seoul for the papal visit, Francis plans to reach out to Pyongyang. 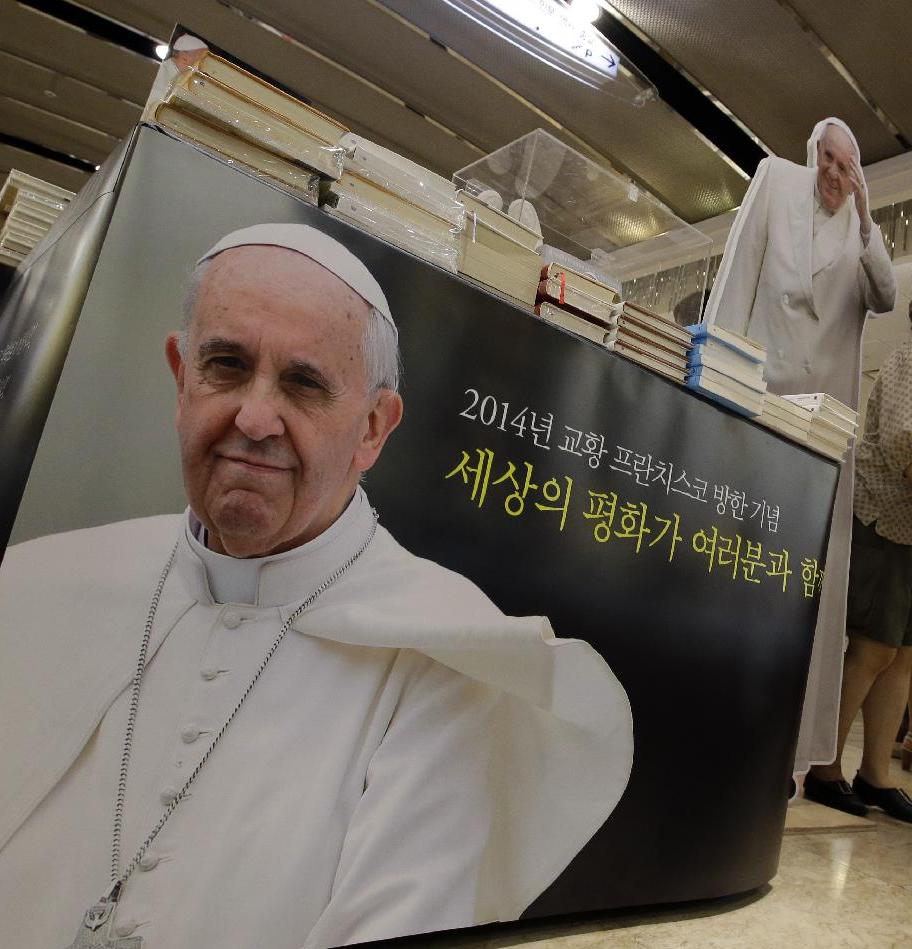