Pope Francis tenderly embraced children with autism spectrum disorders, some of whom avoided meeting his gaze, during an audience Saturday aimed at offering solidarity to people living with the condition. The pope urged governments and institutions to respond to the needs of people with autism to help break “the isolation and, in many cases also the stigma” associated with the disorders, which are characterised by varying levels of social impairment and communication difficulties. The audience was attended by some 7,000 people, including healthcare workers who held an international conference on autism at the Vatican’s healthcare office this week.

The commitment of everyone is necessary in order to promote encounters and solidarity, in a concrete action of support and renewed promotion of hope.

After offering a prayer, Francis greeted the young children and teens with autism and their families, kissing the children and cupping their faces in his hands as he circulated the auditorium at the Vatican. Some appeared to avoid the pope’s eyes, while one teen whom the pope had greeted followed the pontiff and gave him another hug from behind. Autism is still largely unknown and undiagnosed in most countries, including in the Vatican’s own backyard of Italy, according to Dr. Stefano Vicari, head of pediatric neuropsychiatry at the Vatican-owned Bambin Gesu hospital in Rome. 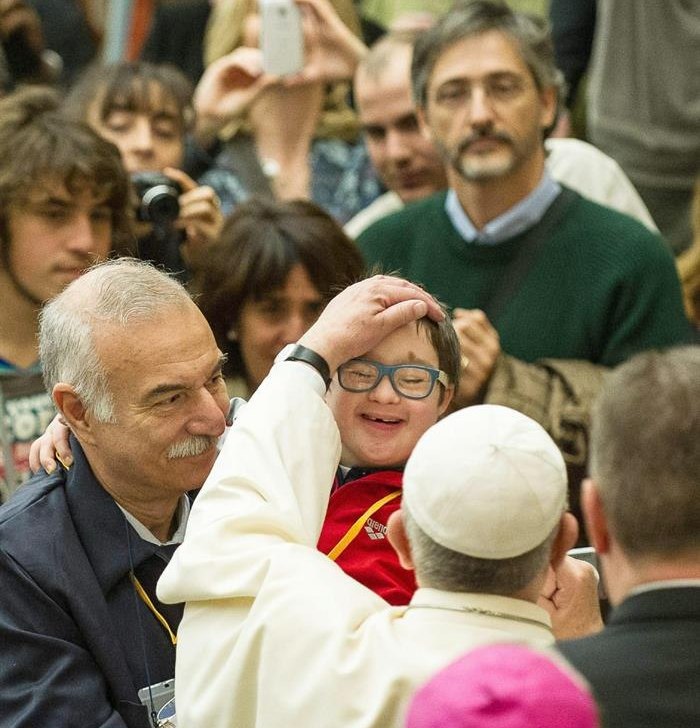