Altar boys took selfie photos with Pope Francis upon his arrival in Guayaquil, a port city in Ecuador where the pope plans to celebrate Mass with up to 1 million people. The boys were waiting on the tarmac and approached the pontiff when he descended from his plane. Francis also was met by Mayor Jaime Nebot, who gave him the keys to the city, which were gold and silver, encrusted with pearls.

I’m tired, hungry and I haven’t slept but I feel such emotion and joy in my heart.

More than 1 million people are expected to attend Mass at the Samanes Park in northern Guayaquil. Hours before Pope Francis arrived, thousands were already waiting in the Samanes Park where the pope is expected to celebrate Mass with up to 1 million people. Guillermina Aveiga Davila, a 90-year-old retired accountant, said she arrived in the middle of the night. She traveled from Chone, about 100 miles (160 kilometers) north of Guayaquil. “This is the first time I’ll be able to see a pope,” she said. 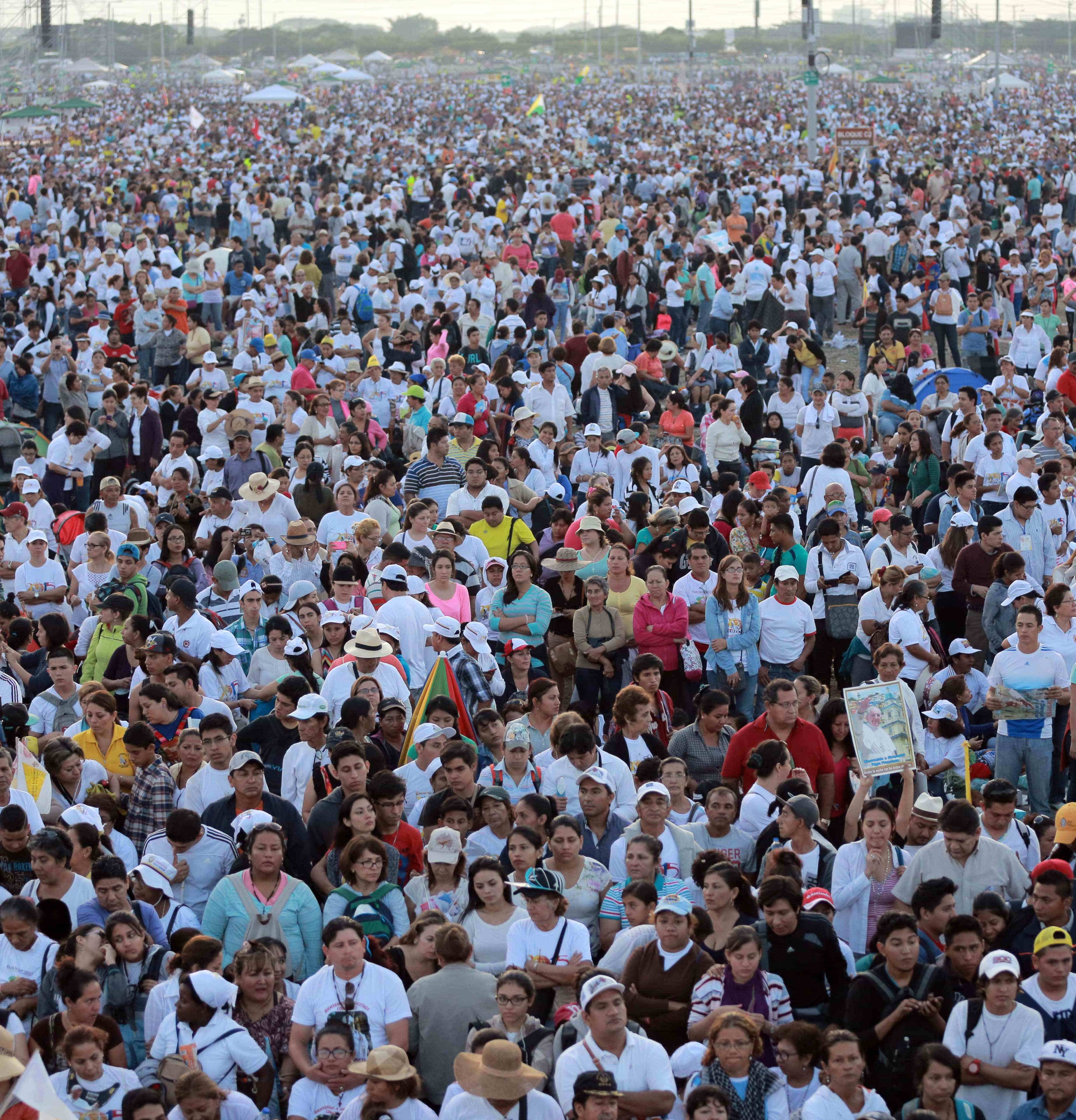