Pope Francis said Islamic militants were carrying out a “profoundly grave sin against God” in Syria and Iraq, calling on Sunday for inter-religious dialogue and action against poverty to help end the conflicts there. Turkey is sheltering nearly 2 million refugees from Syria, thousands of Christians among them. At a joint service with Patriarch Bartholomew I, spiritual head of the world’s 300 million Orthodox Christians, at the end of his weekend trip to Turkey, Francis said people of all faiths could not remain indifferent to the cries of the victims of the “inhumane and brutal” war next door.

Taking away the peace of a people, committing every act of violence, or consenting to such acts, especially when directed against the weakest and defenceless, is a profoundly grave sin against God.

Francis also condemned Friday’s attack on Muslim worshippers at the main mosque in northern Nigeria’s biggest city, Kano, in which at least 81 people were killed. He later met around 100 young refugees, mostly from Iraq and Syria, Christians and Muslims among them, and thanked Turkey for sheltering so many displaced civilians. A girl in the group spoke to him about the plight of Christians forced to flee Iraq. 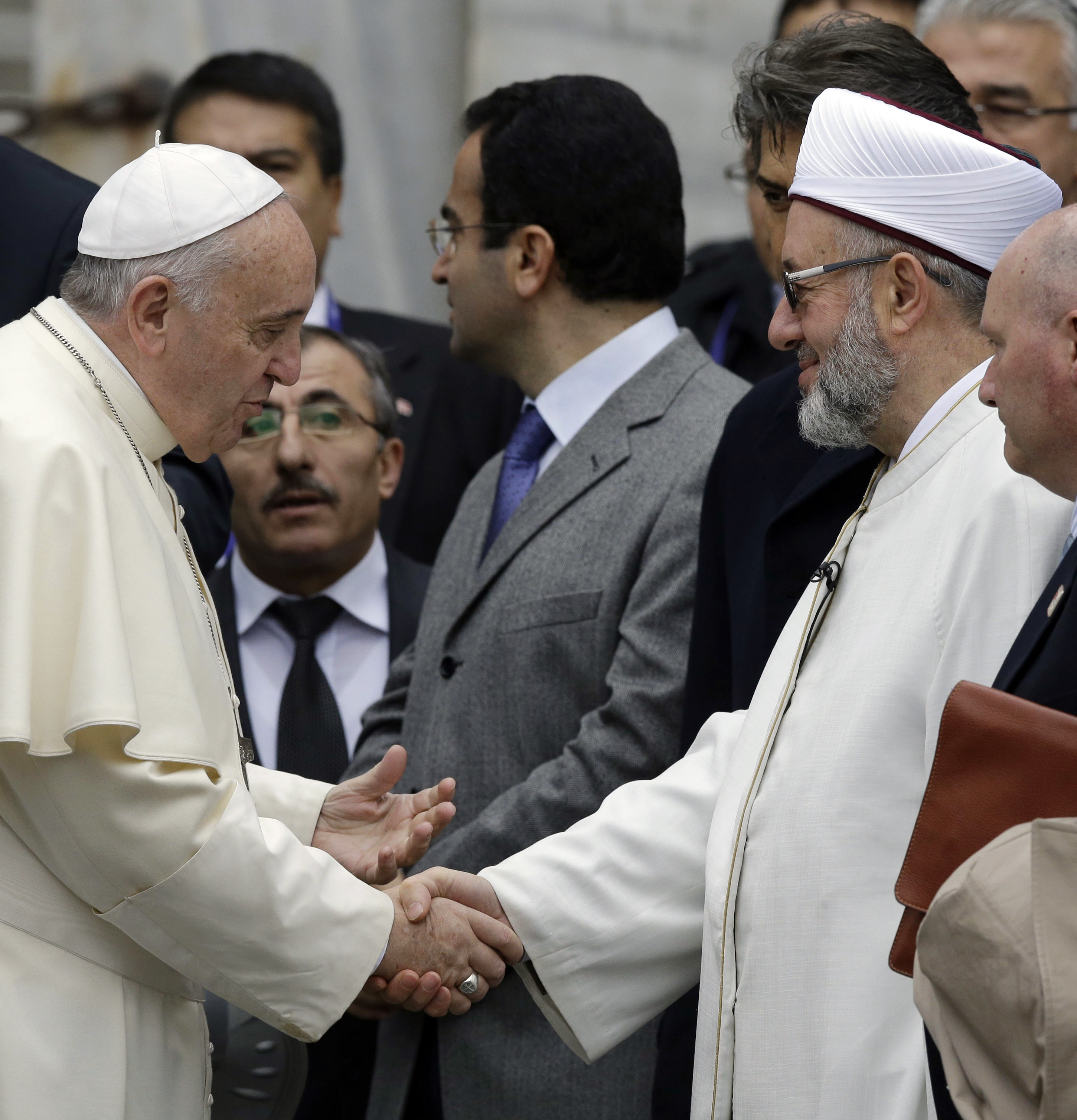