The Pope led Catholics in prayer for persecuted Christians around the world at a Good Friday service in Rome, a day after 148 students and security officers were massacred by Shebab Islamists in Kenya. A small group of believers carried a cross between 14 “stations” evoking the last hours of Jesus’s life during the traditional Via Crucis (Way of the Cross) procession, as the Pope looked on. Tens of thousands gathered for the service, many clutching candles in the imposing surrounds of the Colosseum.

In union with all people of good will throughout the world, His Holiness condemns this act of senseless brutality and prays for a change of heart among its perpetrators.

Papal telegram from the Vatican

The procession was led by believers from Iraq, Syria and Egypt - all of whose minority Christian populations face persecution from armed groups including Islamic State militants - and Nigeria, where thousands have been murdered by jihadist organisation Boko Haram. The focus on religious persecution came after Thursday’s day-long siege of Garissa University, Kenya’s deadliest attack since the 1998 bombing of the US embassy in Nairobi, and the bloodiest ever by the Al-Qaeda-affiliated militants. 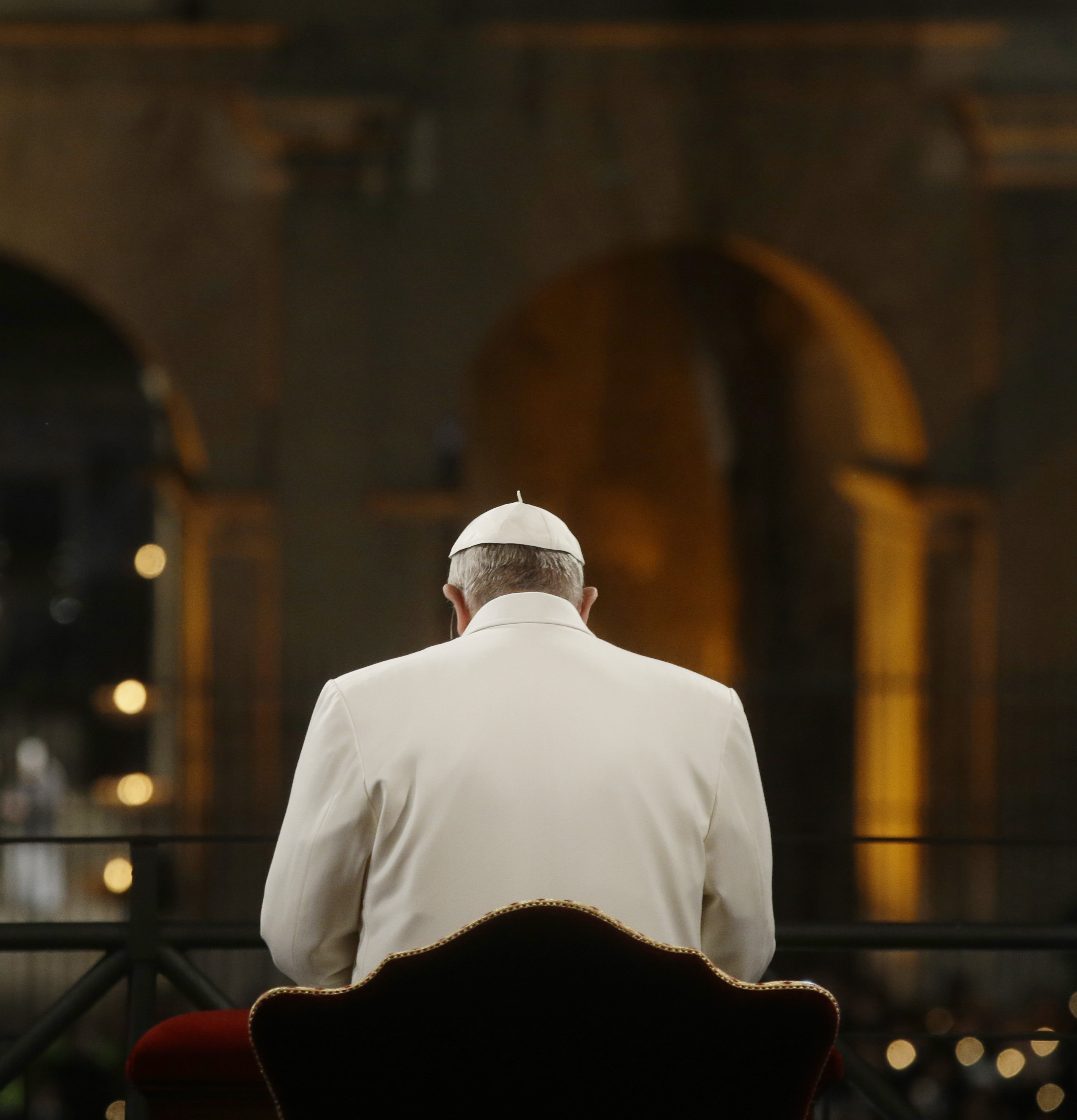