On the second leg of his three-day visit to Turkey, Pope Francis on Saturday stood in two minutes of silent prayer facing east inside one of Istanbul’s most important religious sites as he shifted gears toward more religious affairs. Following in the footsteps of Pope Benedict XVI who visited Turkey in 2006, Francis prayed alongside the Grand Mufti of Istanbul, Rahmi Yaran, who had his palms turned toward the sky in a Muslim prayer, inside the 17th-century Sultan Ahmet mosque. “May God accept it,” Yaran told the pope, at the end of the prayer that aims to shows respect for Islam and encourage stronger ties between the two faiths.

Freedom of religion and freedom of expression, when truly guaranteed to each person, will help friendship to flourish and thus become an eloquent sign of peace.

Francis then visited the nearby Hagia Sofia, which was the main Byzantine church in Constantinople — present-day Istanbul — before being turned into a mosque following the Muslim conquest of the city in 1453. The Hagia Sophia is now museum. Later on Saturday, Francis will meet with the governor of Istanbul and Patriarch Bartholomew I, the spiritual leader of the Orthodox church. The two major branches of Christianity represented by Bartholomew and Francis split in 1054 over differences on the power of the papacy. The two spiritual heads will participate in an ecumenical liturgy and sign a joint declaration in the ongoing attempt to reunite the churches. 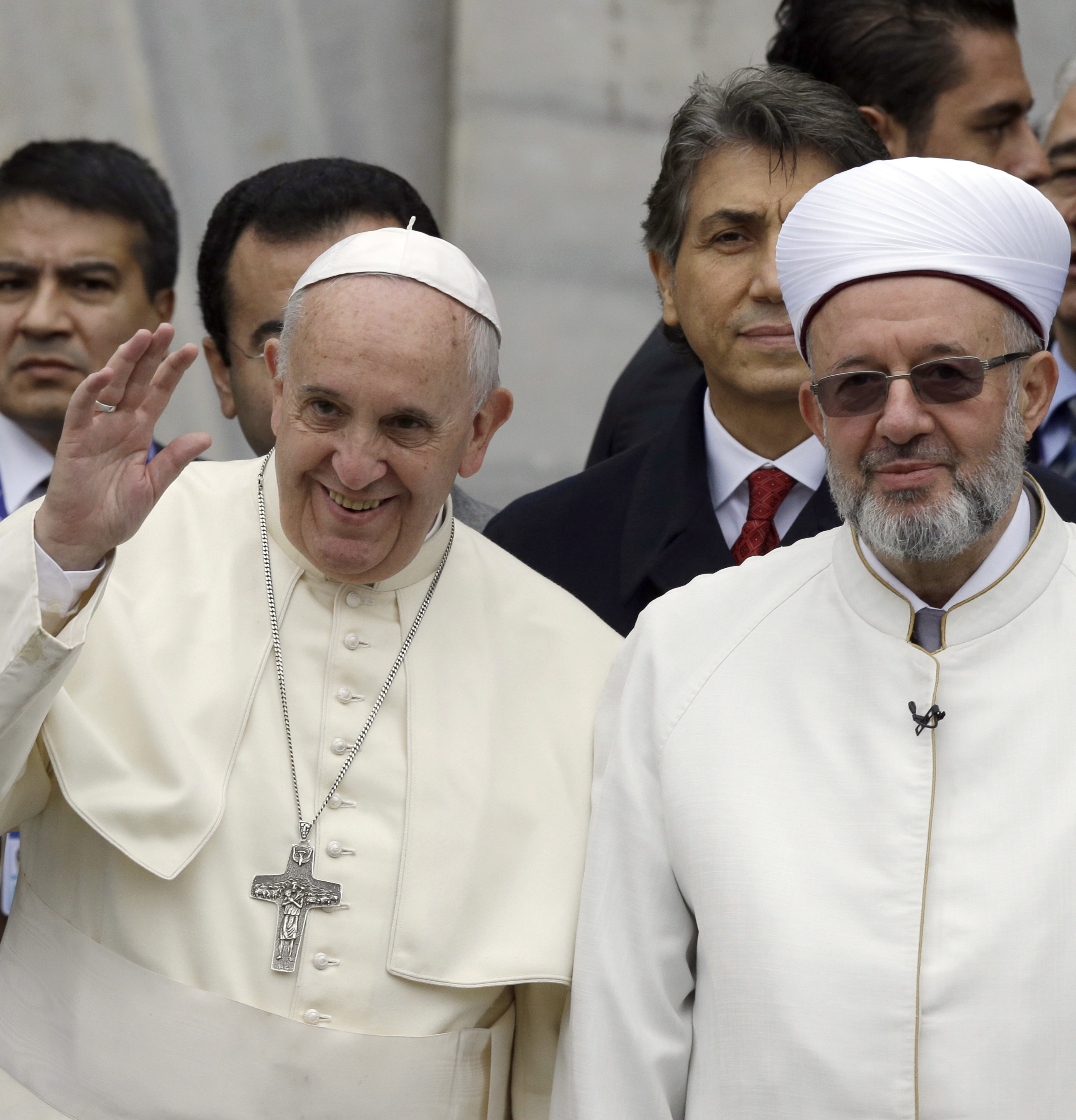