Nearly 200 people have been arrested in Egypt in a crackdown after a series of demonstrations and small bombings marked the anniversary of the ouster of Egypt’s President Mohamed Morsi. One of the bombs went off accidentally inside an apartment outside Cairo, killing two men who were handling the explosives. A security official said one Morsi supporter was killed during clashes between protesters and security forces in Cairo’s twin city Giza.

On every level Egypt is failing in terms of human rights.

Late on Thursday, a homemade bomb went off on a train in Alexandria, injuring five passengers. Thursday’s demonstrations took place in Cairo, Alexandria, Assiut, the oasis province of Fayoum southwest of the capital and several other provinces. Protests continued after nightfall, with skirmishes reported in the city of Suez, the southern city of Aswan and on the outskirts of Cairo. 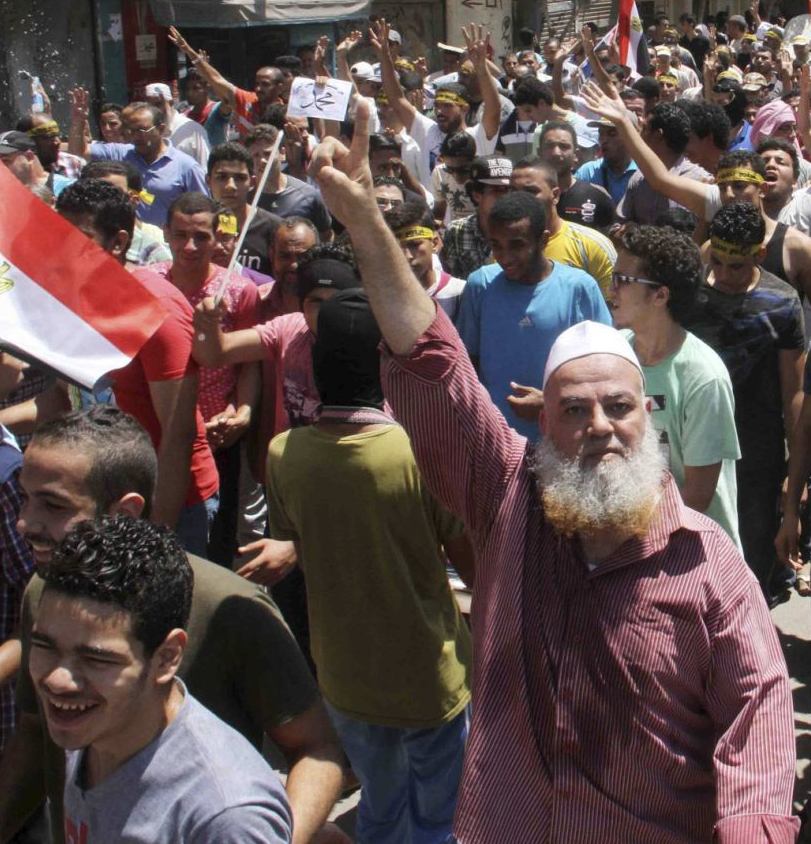