An overpass under construction collapsed Thursday in a Brazilian World Cup host city, killing at least one person and trapping a commuter bus, two construction trucks and one car, authorities said. The incident took place on a main avenue, the expansion of which was part of the World Cup infrastructure plan but, like most urban mobility projects related to the Cup, was not finished on time for the event. A woman who was driving a commuter bus trapped by the overpass died.

Because of the World Cup they sped everything up to finish faster. That’s why this tragedy has happened. They are not making things properly. Everyone is very angry.

Delays in construction projects and $11 billion in public spending to stage the world’s largest sporting event spurred violent protests across Brazil over the last year, but they have fizzled out as the tournament has progressed. Last month, one worker died after a 90-tonne beam fell during the construction of a monorail train project in Sao Paulo. 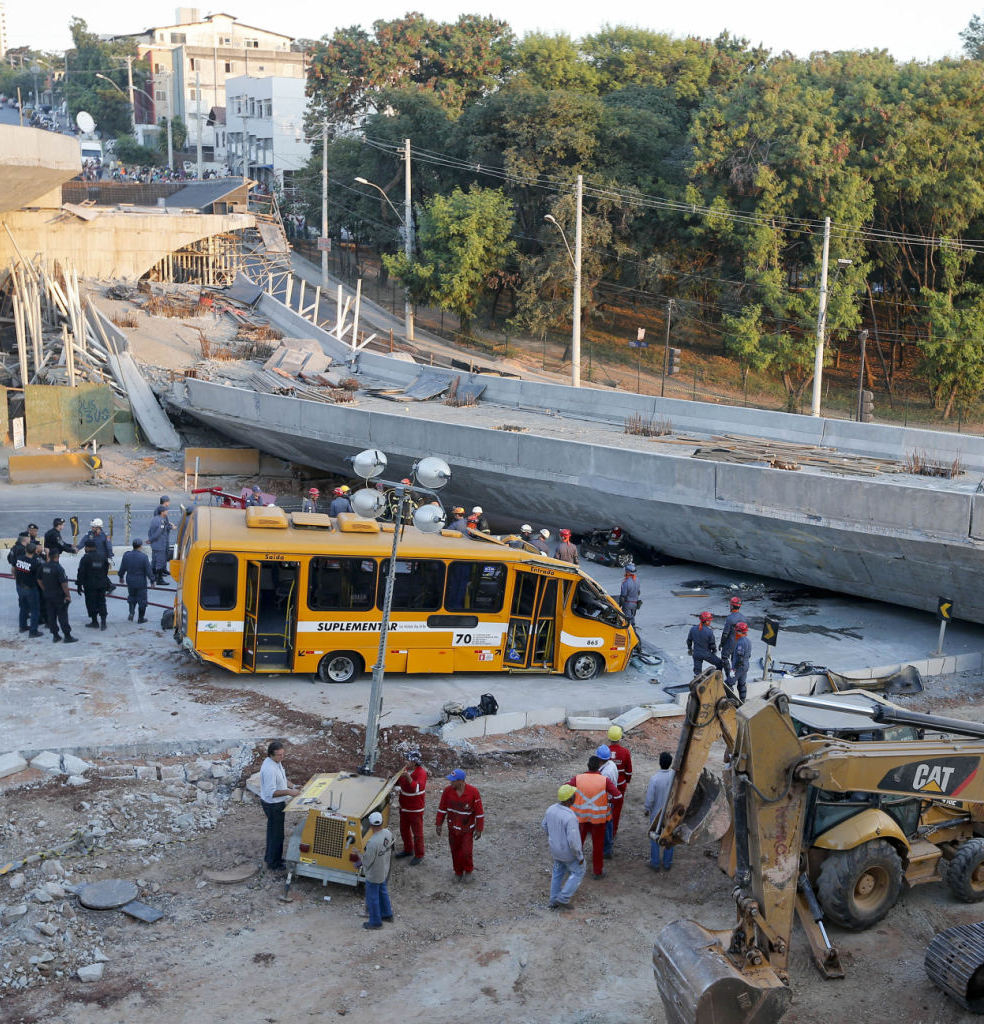