Vladimir Putin has blamed the U.S. for the global cyber attack that has crippled computer systems around the world since Friday. The cyber attack, which wreaked havoc at dozens of NHS trusts in the U.K. on Friday, has continued to spread, hitting thousands of computers in China and Japan. Putin said Russia had “nothing to do” with the attack and blamed the U.S. for creating the hacking software that affects Microsoft computers. Putin said that there was no significant damage to Russian institutions, including its banking and healthcare systems, from the computer worm known as WannaCry.

As regards the source of these threats, I believe that the leadership of Microsoft have announced this plainly, that the initial source of the virus is the intelligence services of the United States … [Malware] created by intelligence agencies can backfire on its creators.

Authorities fear a second wave of the ransomware could hit systems as people return to work and switch on their computers on Monday morning. Japanese computer experts said around 2,000 PCs had been affected while the Chinese news agency Xinhua reported that almost 30,000 had been hit. On Sunday night, Microsoft slammed the U.S. spy agency that had originally developed software that allowed the ransomware attack to infect computers. The “Eternal Blue” tool developed by the National Security Agency had been dumped onto the public internet by a hacking group known as the Shadow Brokers. It was then used by the still-anonymous cyber criminals to infect PCs with Friday’s ransomware.

Repeatedly, exploits in the hands of governments have leaked into the public domain and caused widespread damage. An equivalent scenario with conventional weapons would be the U.S. military having some of its Tomahawk missiles stolen. 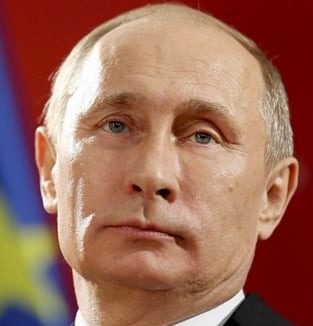