Russian President Vladimir Putin on Monday signed an “alliance and strategic partnership” agreement with Georgia’s rebel Abkhazia region. The deal formalises Russian dominance of the tiny separatist region’s foreign policy, armed forces and economy, as well as placing Russian guards on the border with the rest of Georgia. The Georgian government condemned the move as illegal. Abkhaz opposition parties have also voiced fears that the agreement undermines their tiny would-be country’s bid for real independence.

[The signature] is a step towards a de facto annexation of the Abkhazia region by the Russian Federation and a violation of the principles of Georgia’s territorial integrity and international law.

The deal says Moscow and Sukhumi will unite armed forces and jointly guard Abkhazia’s border with Georgia. It also creates a shared law enforcement system and a common economic and customs space. The agreement specifies that any attack against Abkhazia will be viewed as aggression against Russia, which will provide military aid. Putin also said that Russia would give Abkhazia five billion rubles ($111 million) in 2015. Abkhazia broke away from Georgia following a civil war in the 1990s.

We have set new tasks and long-range goals. They are backed up with serious financing. 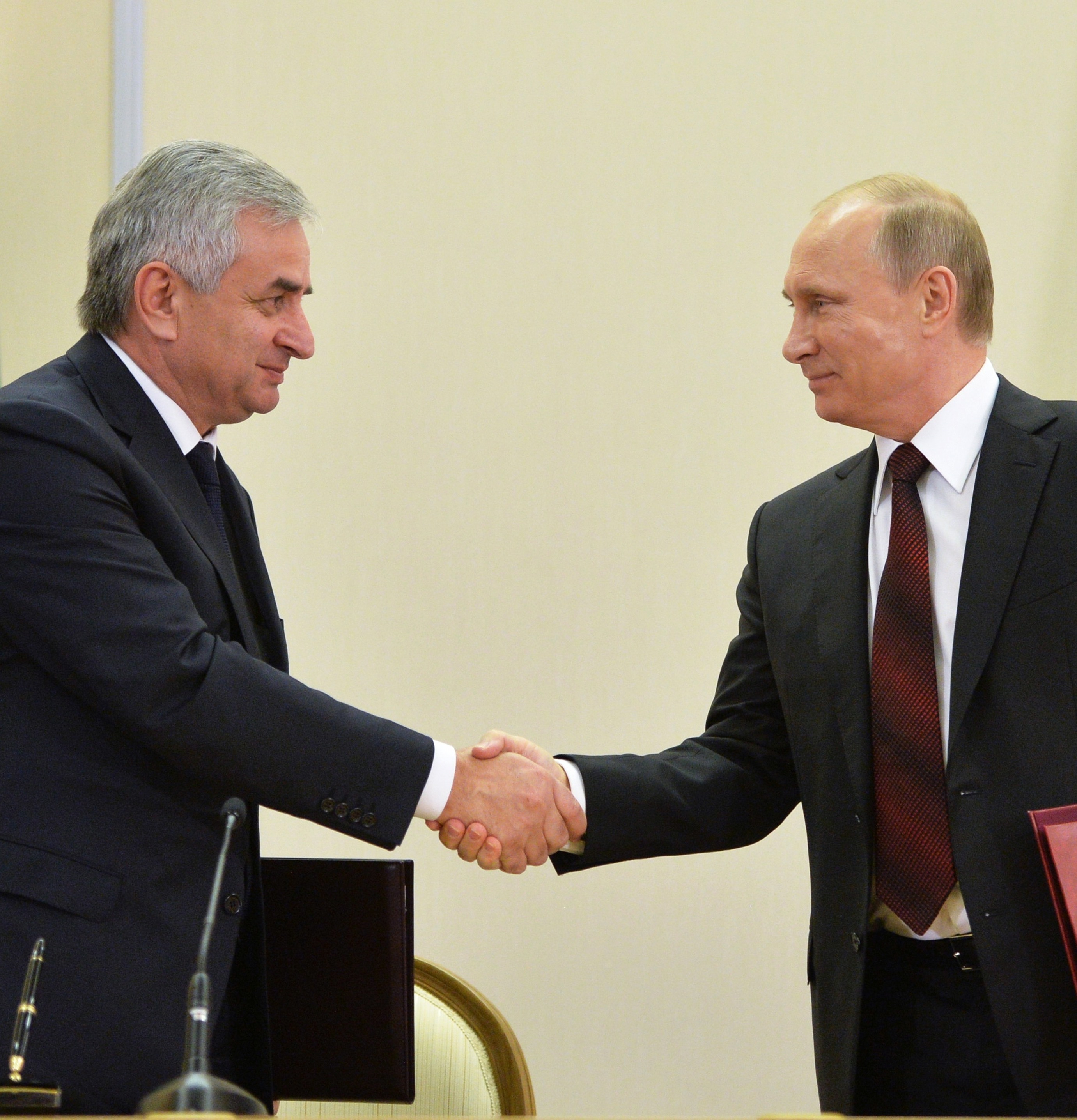