Britain’s Queen Elizabeth has paid a visit to the set of hit U.S. TV series “Game of Thrones” in Northern Ireland. The Queen was joined by the Duke of Edinburgh for the visit to the Paint Hall Studios in Belfast, where much of the series is filmed. The royals browsed the costumes and weapons, and met some of the lead actors from the fantasy show made by Time Warner Inc.’s HBO.

The world yearns for examples of positive transformation and of people overcoming differences.

Queen Elizabeth, speaking about the development of Belfast following decades of violence

The Iron Throne was on display for the Queen, but she did not take the opportunity to test it out for comfort. Instead she was given her own miniature throne to take back to the palace with her. It is not known if the Queen and Duke are fans of the show, which is famous for its violence and nudity. The adaptation of George R.R. Martin’s story is estimated to be the biggest TV production in Europe. 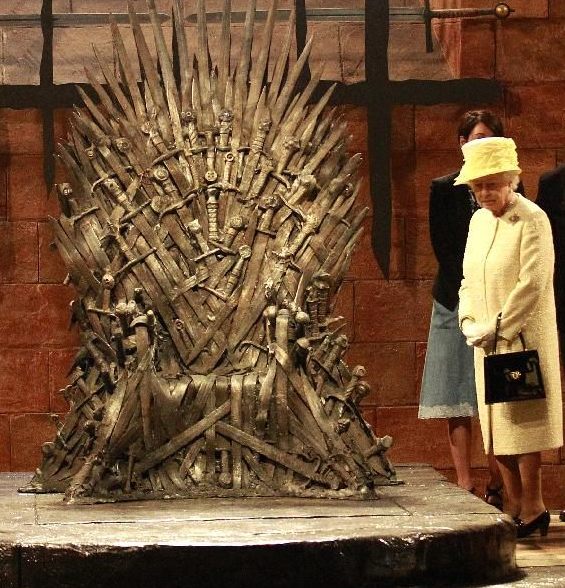