Ukraine’s new President Petro Poroshenko today announced plans for a unilateral ceasefire, but ongoing violence and a new gas war will challenge the prospects for success. The major question lurking behind Moscow-Kiev relations is just how much control Russia exerts over the separatists in eastern Ukraine—and if it will be able to rein them in and allow a ceasefire to take place. While Russia claims it does not control or speak for the separatists, many in Ukraine and the West believe otherwise.

[Ukraine is dealing with] a new type of warfare … volunteers and the local population have ‘washed’ brains in a huge part due to the information war.

Separatists in the east were cool to Poroshenko’s remarks. Denis Pushilin, a leader in Donetsk, called the ceasefire a “useless proposal.” The proposal comes amid deadly fighting, most dramatically on Saturday when a Ukrainian military plane was shot down, killing 49 people. The United Nations released a report today on events in Ukraine from May 7 to June 7, which describes the deteriorating situation in the east and continuing problems in Crimea.

They will stop firing, we will disarm, and they will capture us unarmed—that’s Kiev’s logic. We don’t think it will be constructive.

Denis Pushilin, a leader in Donetsk 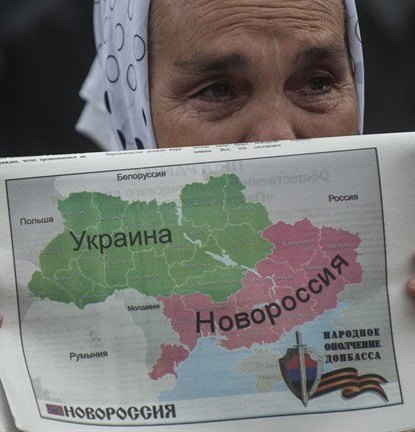