Photographs of the North Korean leader at a rocket-firing drill have been released by the secretive state through its television station. KRT broadcast the stills showing Kim speaking to military officials. Kim called on troops to prepare for both words and actions, stressing to keep up combat readiness, KRT reported. The exact date and location of the visit on the western border are not known.

It appeared to be aimed at delivering a message … that South Korea could be the target of surprise attacks by North Korean ballistic missiles anytime and from any place.

The missiles, which an official of the South Korean joint chiefs of staff said appeared to be ballistic Scud-class, were launched from a province in western North Korea and flew about 500 kilometres before falling into waters to the northeast. South Korea condemned the launch as a “serious provocation” that threatened stability on the peninsula. 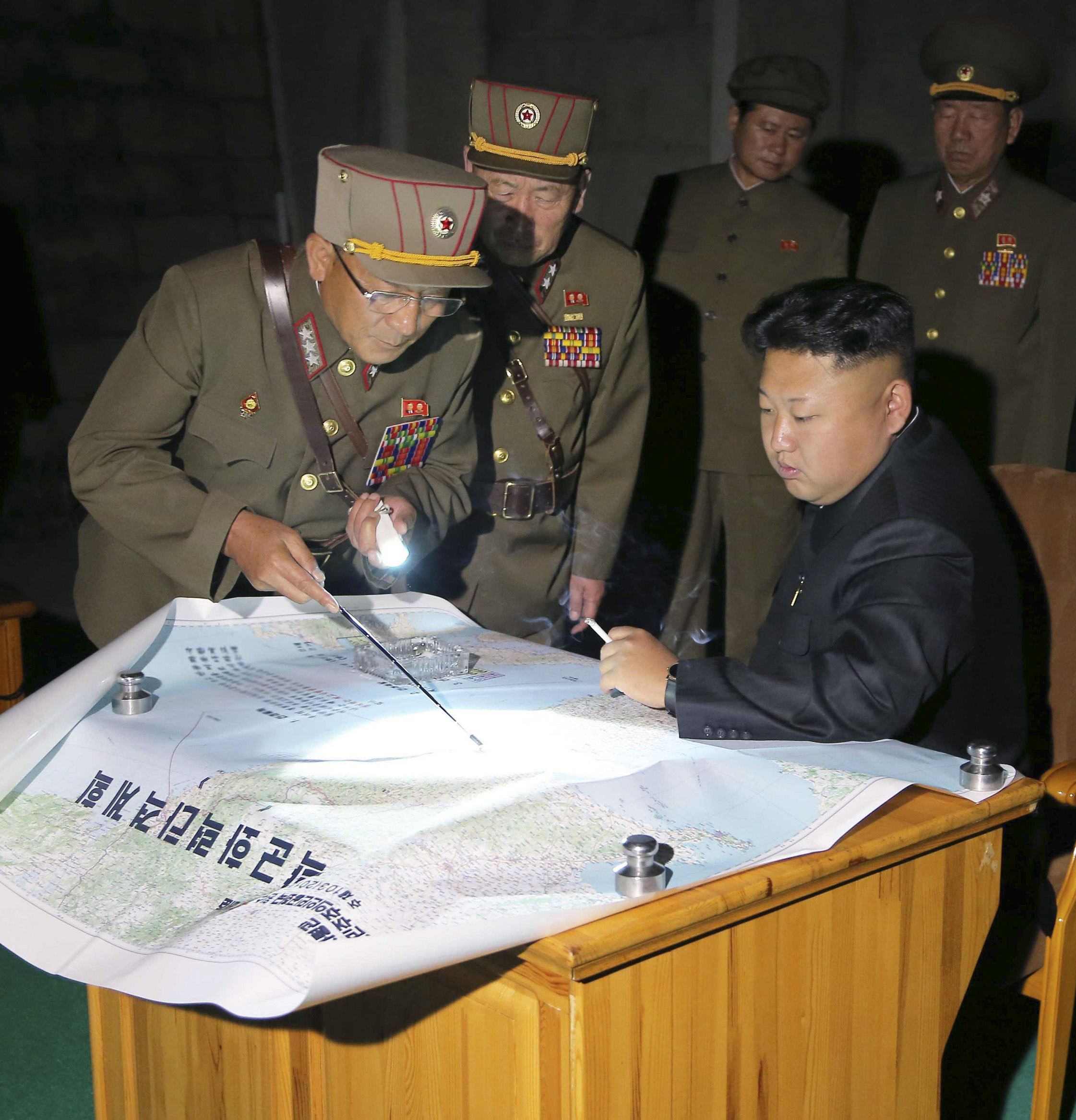