More than 3,400 people have died in the Mediterranean this year trying to reach Europe, the UN refugee agency said Wednesday. More than 207,000 people have made the risky sea crossing since January, almost three times the previous high of 70,000 during the Libyan civil war in 2011. Of these, a record 3,419 died, out of a total of 4,272 reported deaths worldwide on migrant vessels this year. Most set off from Libya bound for Italy and Malta, looking for work or, increasingly, asylum — the numbers include 60,051 Syrians and 34,561 Eritreans.

Security and immigration management are concerns for any country, but policies must be designed in a way that human lives do not end up being collateral damage.

The figures were released at the start of a two-day meeting on immigrants in Geneva hosted by UN refugee agency’s head Antonio Guterres. Meanwhile, Guterres also said that 28 countries had expressed solidarity with the millions of Syrians who have fled their war-ravaged country, and with neighbouring Lebanon, Jordan, Turkey, Iraq and Egypt, which are all but buckling under the burden of housing refugees. Other countries have more than doubled the number of Syrian refugees they are willing to resettle to over 100,000, he said.

You can’t stop a person who is fleeing for their life by deterrence. The real root causes have to be addressed, and this means looking at why people are fleeing. 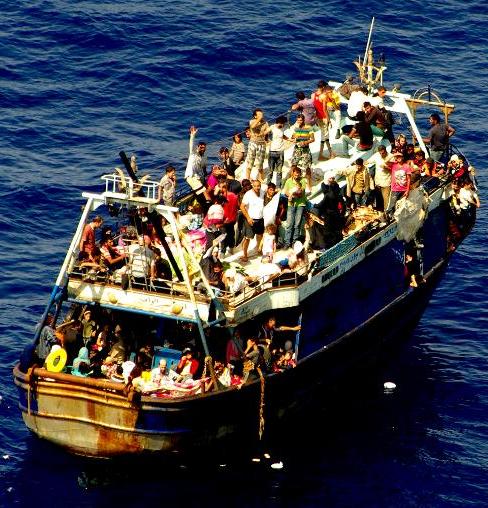