A U.S. mission to evacuate Iraqi civilians trapped on a mountain by Sunni militant fighters is far less likely after a U.S. assessment team sent there on Wednesday found the humanitarian situation not as grave as expected, the Pentagon said. A team of U.S. military and humanitarian aid personnel sent to Mount Sinjar in northern Iraq to assess the situation of thousands of members of the Yazidi religious minority found far fewer people than previously feared and in better condition than expected.

It is believed some 5,000 refugees remain stranded there, while around 1,000 are being rescued every night by Iraqi forces. It had previously been thought there were between 20,000 and 30,000 trapped on Mount Sinjar after fleeing Sunni militants of the Islamic State of Iraq and the Levant (ISIL). ISIL fighters have threatened the ancient religious group with death if they failed to convert to Islam. The United Nations ramped up its assessment of the crisis to level 3—its highest level of emergency—and condemned the “barbaric acts” of sexual violence ISIL fighters have reportedly inflicted on minority groups.

There are a variety of ways in which we can support the safe removal of those people from the mountain. 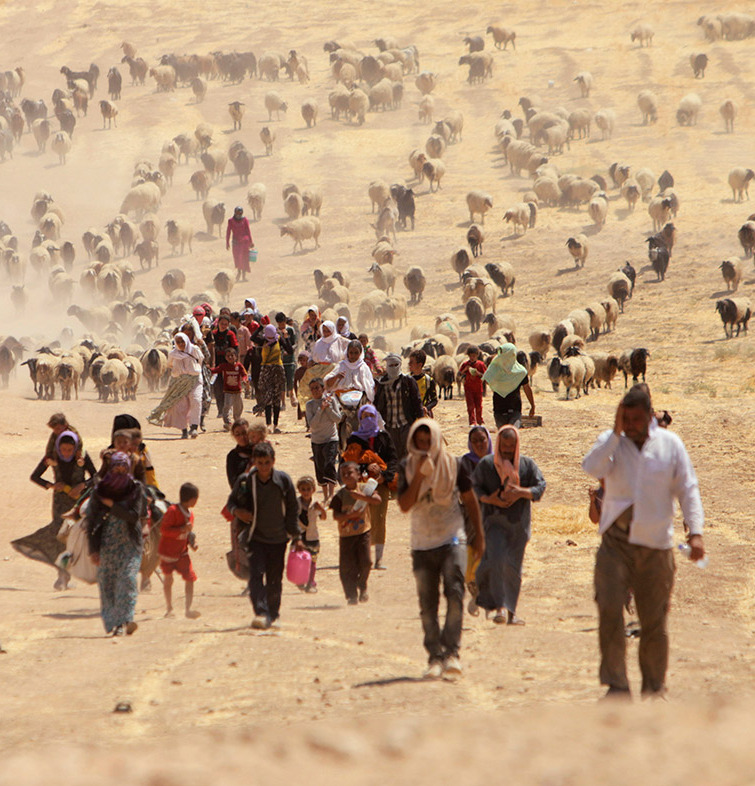