The U.N. Ebola Emergency Response Mission will not fully meet its Dec. 1 target for containing the virus due to escalating numbers of cases in Sierra Leone, Anthony Banbury, the head of UNMEER, said on Monday. The mission set the goal in September of having 70 percent of Ebola patients under treatment and 70 percent of victims safely buried. Banbury said more resources are needed to halt Ebola as quickly as possible and that the emphasis is now on allocating existing resources in the smartest way and surveillance to prevent further cross-border spread of Ebola.

Earlier decisions about the need for rapid construction of large Ebola Treatment Centers were taken in a certain context where that’s what made sense…But in the meantime the disease has spread.

Anthony Banbury, the head of UNMEER

Meanwhile, Liberian President Ellen Johnson Sirleaf said her country, once the epicenter of the epidemic, would be Ebola free by Christmas, a target some experts have described as highly ambitious. The country had recorded nearly 3,000 confirmed Ebola deaths, more than any other country. A U.S. military official, Frank Tate, confirmed the dramatic improvement in the situation, and the cancellation of two planned treatment facilities.

We can by no means declare victory. We have to continue pressure on this disease in Liberia as well as in Guinea and Sierra Leone. 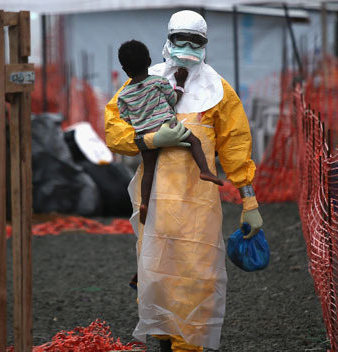