Darren Wilson ruling: Violence in Ferguson ‘worse than after shooting’

Gunshots pierced the air as an angry crowd torched buildings and police cars in suburban St. Louis after a grand jury on Monday decided not to indict white police officer Darren Wilson in the shooting death of unarmed black teen Michael Brown. Chief Jon Belmar of St Louis County said he personally heard some 150 shots fired at police, but added police had not fired “a single shot”. He said the rioting was “much worse than the worst night we had in August”. No serious injuries were reported on either side but 61 people were arrested. The protests started immediately after the ruling was announced on Monday evening.

Murderers, you’re nothing but murderers.

Mr Brown’s mother, Lesley McSpadden, sat atop a vehicle listening to a broadcast of the announcement. When she heard the decision, she burst into tears and began screaming before being whisked away by supporters. The crowd soon erupted in anger, and as the night went on, the protests became more violent. At the White House, Barack Obama called for restraint. The victim’s family said they were “profoundly disappointed that the killer of our child would not face the consequences of his actions” but added that “answering violence with violence is not the appropriate reaction”. The jurors - nine white people and three black people selected randomly - took three months to reach a decision.

We’ve made enormous progress in race relations over recent decades but what is also true is that there are still problems. The fact remains that in too many parts of this country a deep distrust exists between police and communities of colour. 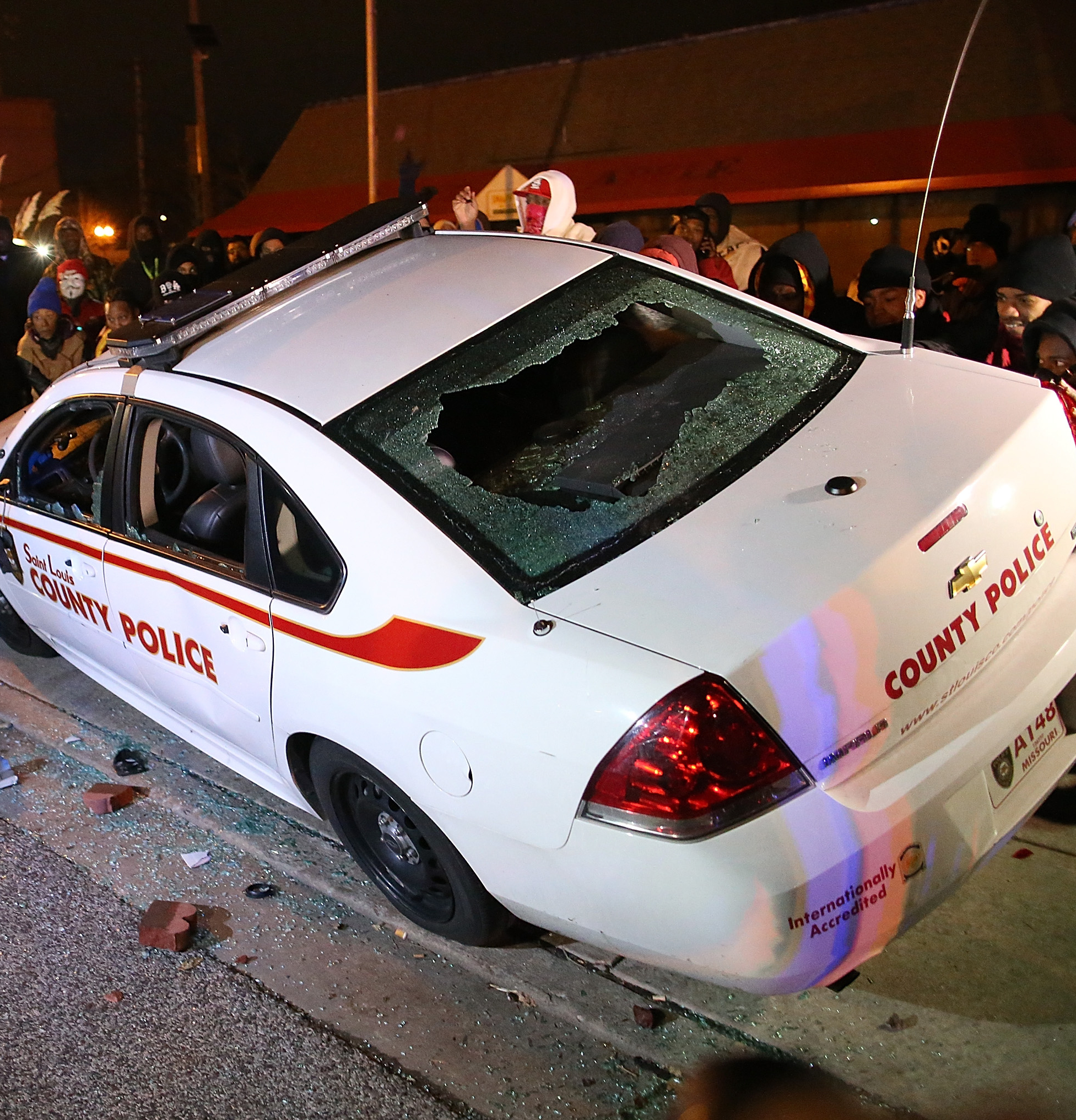