Robot to hitchhike across Canada in study of human-tech relationships

Travellers in Canada may have some unusual company on the highway this summer as a Wellie-wearing, social media-savvy robot hits the road on a mission to hitchhike its way from Halifax to Victoria. Hitchbot sets off Sunday on its own to collect stories, meet fellow adventurers and chronicle its more than 6,000-kilometre journey. The talking robot is an interdisciplinary research project conceived by a team of Ontario-based communications researchers studying the evolving relationship between people and technology.

We want to take the question that we usually ask — which is, ‘Can we trust robots?’ — flip it around and ask, ‘Really, can robots trust human beings?’

Immobile on its own, Hitchbot is entirely dependent on human beings for its survival, a state Zeller said is intentional. “That’s part of the experiment,” she said, adding that once Hitchbot departs, its creators will not help with its journey. Despite its simple design, Hitchbot is able to plug into a much broader technological world. Voice-recognition robotics can prompt it to reference Wikipedia and it is programmed to document its trip through social media using onboard GPS. 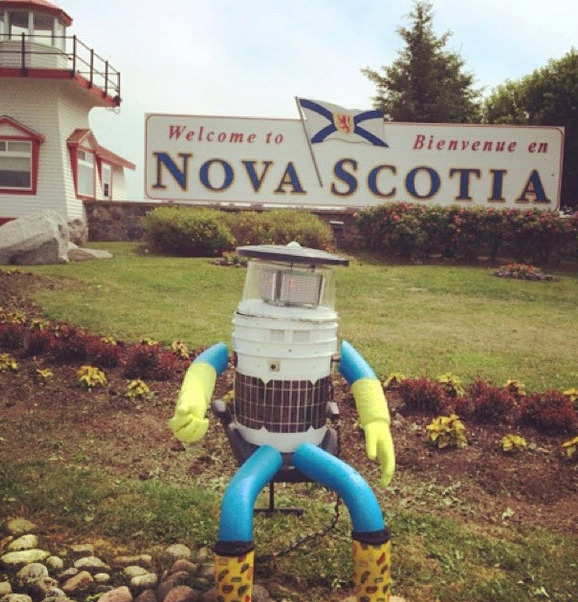