Rocket fire from Syria slammed into the Israeli-occupied sector of the Golan Heights Sunday. There were no casualties in the attacks, which occurred at around 1:30 am (2230 GMT) on Sunday, the 48th day of a war between Israel and the Islamist movement Hamas in and around Gaza. Last month a rocket from Syria prompted Israeli artillery to shell Syrian army positions. Late on Saturday, a rocket fired from Lebanon hit northern Israel. There was no immediate claim of responsibility for the launch or reports of damage or injuries.

Earlier on Saturday, Israel pounded Gaza with 60 air strikes killing 10 Palestinians, mostly women and children, and bringing down a 12-storey apartment. Israel sent text messages, voice mails and leaflets warning Palestinians that “every house from which militant activity is carried out, will be targeted” and to stay away from “terrorists”. The strikes come despite the government of Egypt and President Mahmoud Abbas of the Palestinian Authority issuing calls in Cairo for a new, open-ended cease-fire in Gaza and a resumption of indirect talks. Mushir al-Masri, a Hamas official in Gaza, said in a statement that the Palestinian groups were studying Egypt’s call to return to negotiations. Israel refuses to negotiate under fire.

I am convinced the other side in its condition needs a ceasefire more than we do. We need to see that we direct things diplomatically… to a place in which we’ll achieve quiet and security for a longer period. 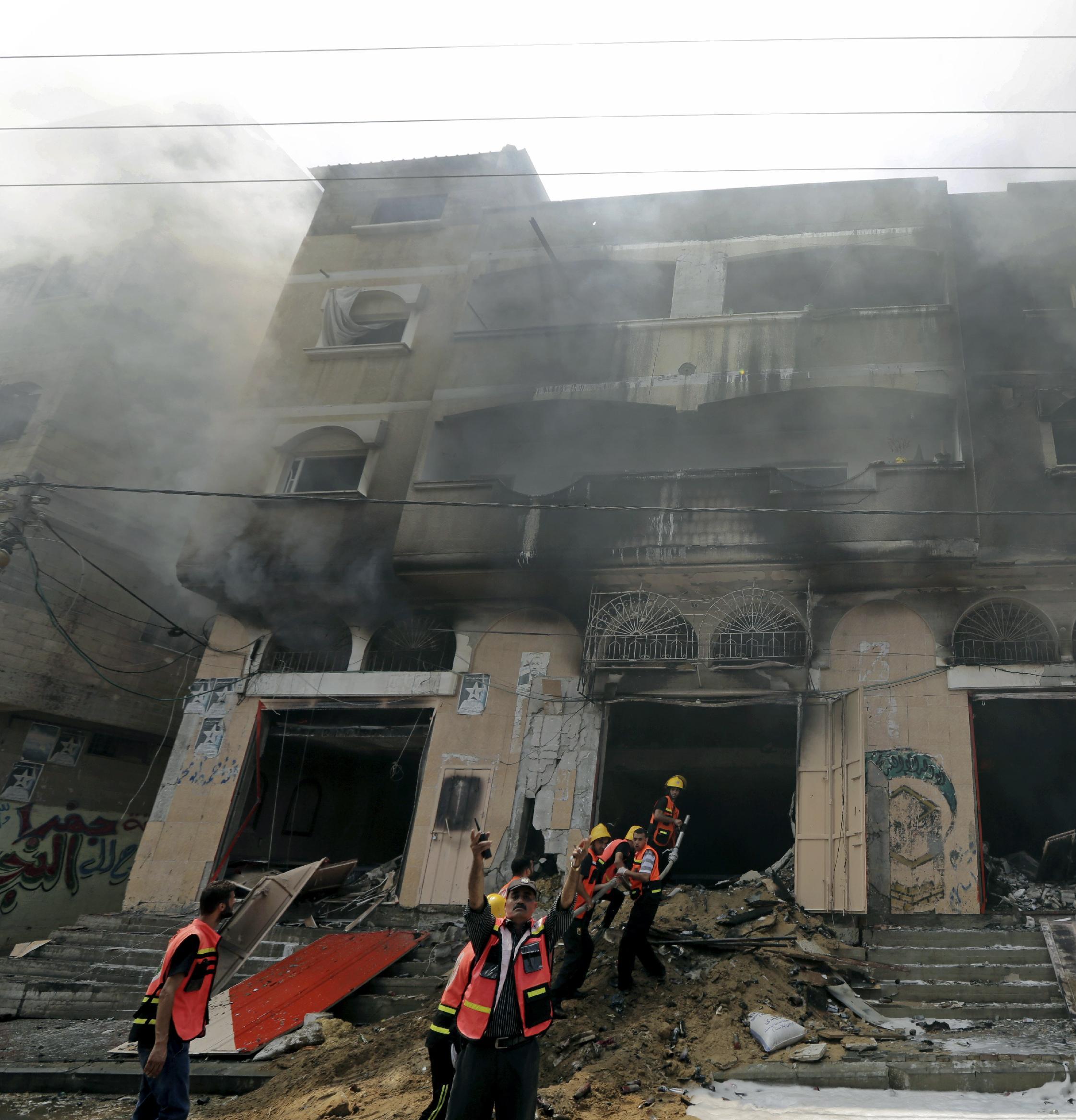