The Reverend Al Sharpton led thousands of chanting but peaceful activists in a march across Staten Island on Saturday to protest the death of Eric Garner, who died after New York City police put him in a banned chokehold last month. Protesters travelled by bus and ferry to join the rally over Garner, a 43-year-old black father of six, whose killing has become part of a larger national debate about how U.S. police use force, particularly on people who are not white. Sharpton was joined by former New York Governor David Patterson, other civil rights leaders and Garner’s widow, Esaw.

We are not here to cause riots, we are here because violence was caused.

The demonstration was also in response to the death of Michael Brown, an unarmed 18-year-old African-American who was shot dead by a white police officer this month in Ferguson, Missouri, sparking more than a week of violent confrontations, Sharpton said. Protesters carried signs demanding justice for Garner and Brown, and shouted slogans including “Hands up, don’t shoot.” They began Saturday’s march just after noon, walking past the district attorney’s office, and ending a few blocks from the terminal for ferries to Manhattan. 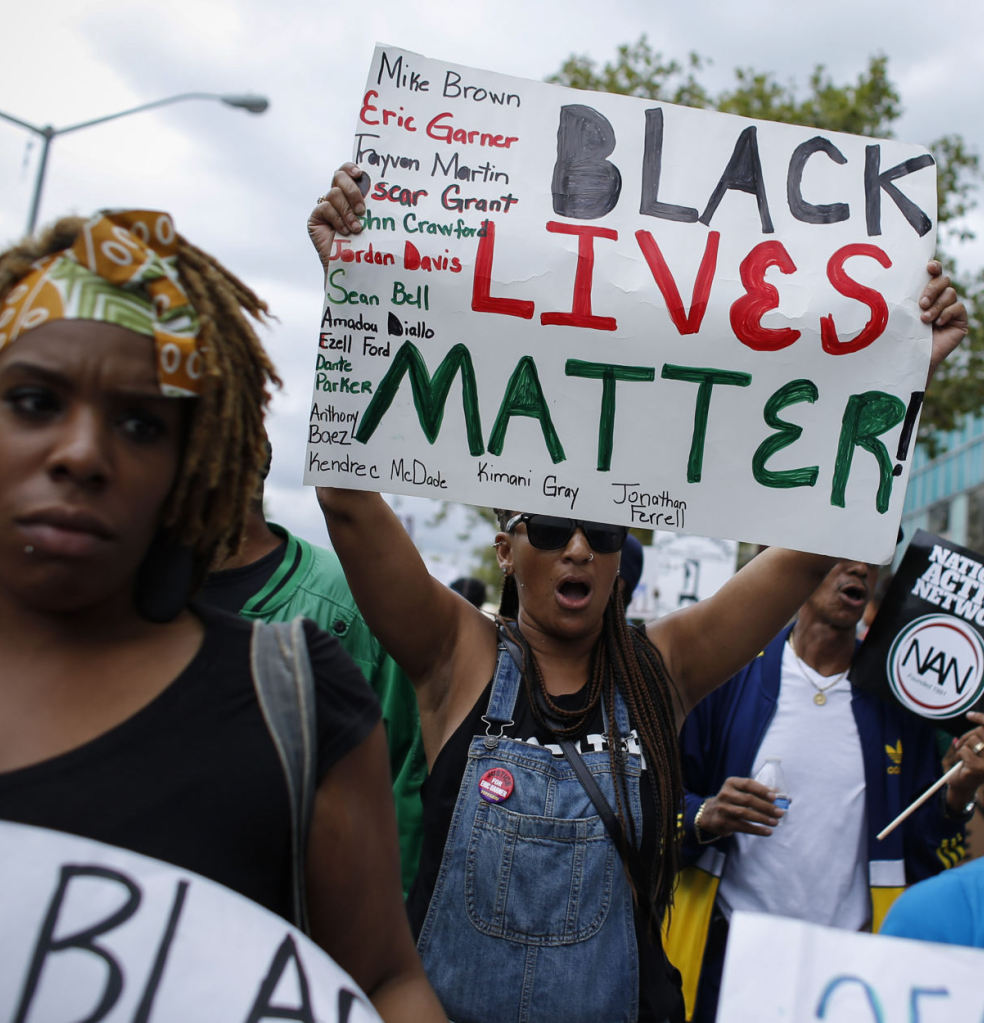