A giant tortoise found ambling down a street in suburban Los Angeles has been reunited with its owners. The Alhambra Police Department says a local family claimed the 150-pound reptile named Clark on Sunday, a day after it was spotted strolling on the street. It took two officers to heft the creature into a patrol car so they could turn it over to animal control authorities.

The tortoise did try to make a run for it; but, our officers are pretty fast. Almost had a pursuit!

The department posted photos of Clark on its Facebook page in hopes of finding the owner and cracked a “Tortoise and Hare” joke about officers capturing the reptile after a brief pursuit. No word yet on how far the tortoise had gone from home when it was caught. 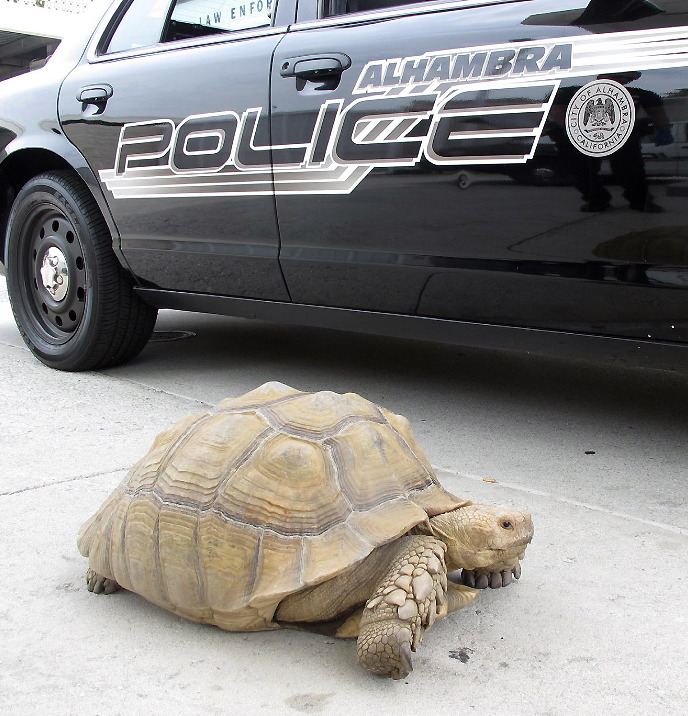