Russia could impose restrictions on European airlines using trans-Siberian routes in response to EU sanctions over Ukraine, according to business paper Vedomosti. The move would see the cost of flights to Asia increase and could effect major carriers such as British Airways, Lufthansa and Air France. It has been reported that those airlines could stand to lose up to US$1.7 billion over a period of three months.

By going on a sanctions spree, Brussels, by its own will, is creating barriers for further cooperation with Russia.

The restrictions would lead to longer flights and higher fuel usage, pushing ticket prices up for European airlines and putting them at a competitive disadvantage to Asian rivals. Russia’s Aeroflot could lose out on around US$300 million each year in the form of overflight fees. Russia annexed the mainly Russian-speaking Crimea in March, sparking sanctions from the EU and the U.S. that have been stepped up since the shooting down of Malaysia Airlines Flight MH17 on July 17. 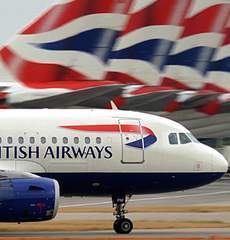