Russia: Convoy not destroyed in Ukraine because it ‘never existed’

A spokesman for the Russian Defense Ministry insists that no Russian military vehicles have been destroyed in the Ukraine because none had crossed the border. Ukrainian President Petro Poroshenko released a statement on Friday claiming his forces had destroyed the majority of a Russian military convoy in eastern Ukraine. The crossing reportedly took place near the southern Russian town where the aid trucks have been parked, awaiting permission to go into Ukraine. The Russian aid convoy of almost 280 trucks has been a source of tensions since it set off from Moscow on Tuesday.

We see a continuous flow of weapons and fighters from Russia into eastern Ukraine and it is a clear demonstration of continued Russian involvement in the destabilisation of eastern Ukraine.

Laurent Corbaz, the International Committee of the Red Cross’ director of operations in Europe, described a tentative plan in which the trucks would enter Ukraine with a single Russian driver each — as opposed to the current crew of several people in each truck — accompanied by a Red Cross worker. In line with Red Cross policy, there would be no military escort, he said. Foreign ministers from France, Russia, Ukraine and Germany are scheduled to attend a peace summit in Berlin on Sunday. 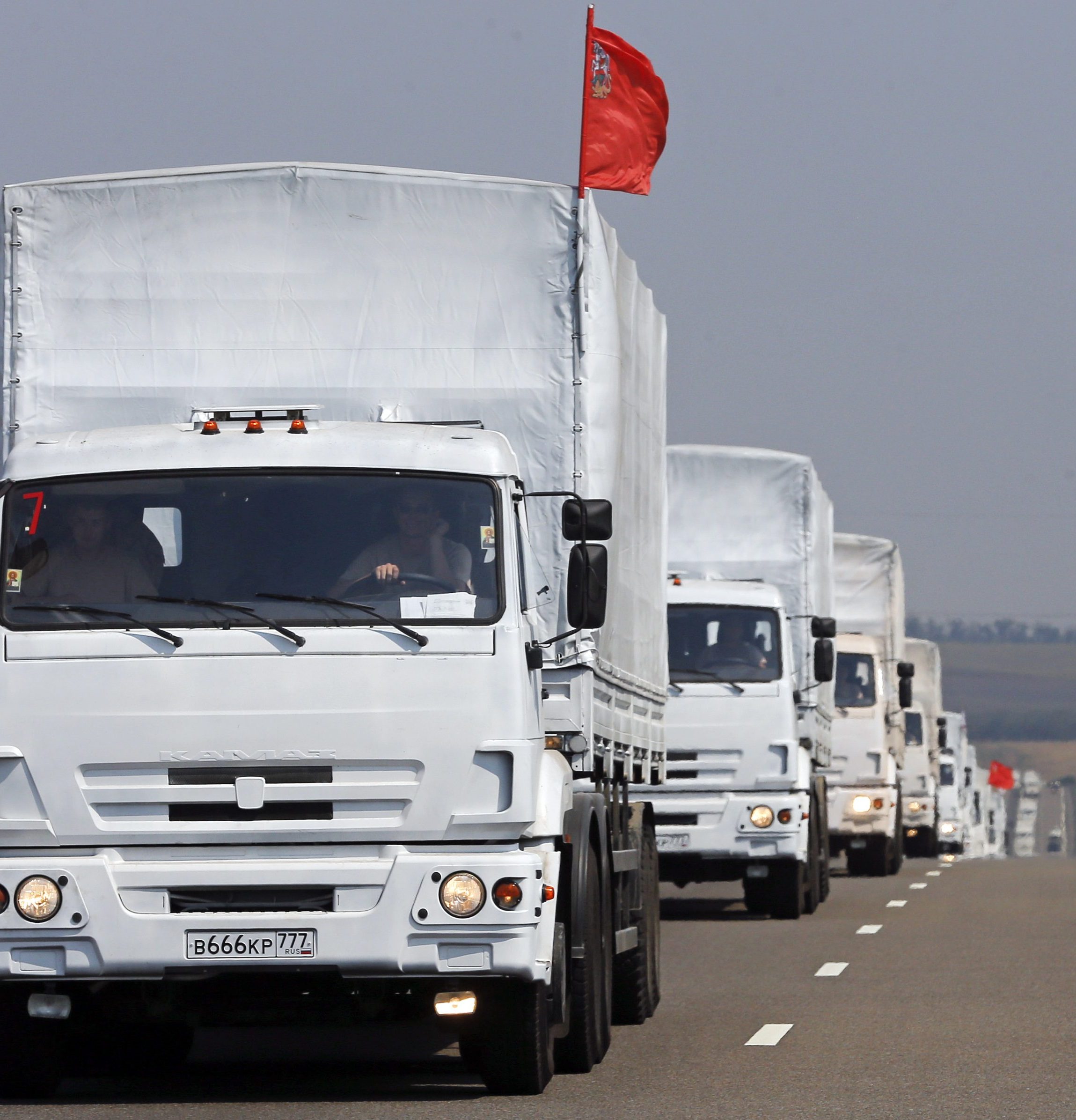