A Russian journalist for a Russian state-owned TV channel died Tuesday in eastern Ukraine after being wounded by mortar fire, the Rossiya 24 network said. Correspondent Igor Kornelyuk, 37, died during surgery in a hospital after being wounded while on assignment in Luhansk. The whereabouts of the sound engineer with him at the time is still unknown, the network said.

I got lucky. One of the shells landed on them … I ran the other way when the area came under fire.

The loud crack of heavy artillery is audible on shaky footage shot by cameraman Viktor Denisov, who survived the attack on a rebel roadblock where they were filming. As smoke clears, a fighter is shown dragging a wounded man off the road into the bushes. The deadly conflict in eastern Ukraine between pro-Russia separatist rebels and the government in Kiev has been raging for nearly two months. On Monday, new Ukrainian President Petro Poroshenko pledged to propose a peace plan this week to bring a ceasefire to the east but said the porous border with Russia had to be secured first. 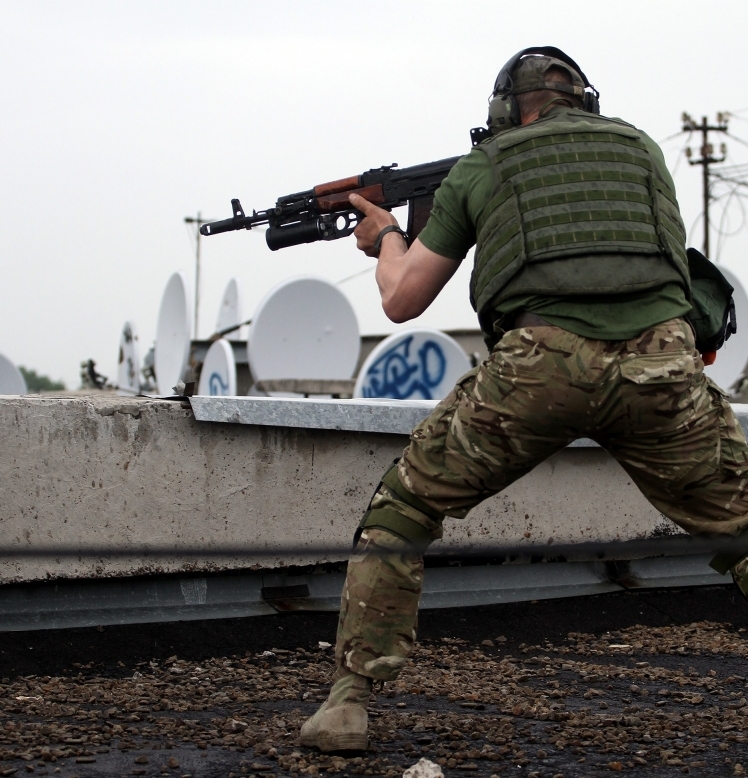