Samsung has unveiled its latest tablet, claiming it is “setting the bar higher” with the device - its thinnest and lightest to date. The Galaxy Tab S, available from next month, features colour-enhancing technology which it claims remains clear and bright even in sunlight and ensures the “best visual experience anywhere, any time”. For the first time, Galaxy users will be able to make and receive calls directly from their phone to the tablet thanks to a new “call forwarding” feature.

With the launch of the Galaxy Tab S, Samsung is setting the industry bar higher for the entire mobile industry.

The Galaxy Tab S, which comes in two sizes, 10.5-inch and 8.4-inch, and two colours - titanium bronze or dazzling white - also allows consumers to multi-task by surfing the web, watching videos, sharing content and making calls simultaneously without having to close one application to access another. Industry commentators suggested Samsung was aiming to take on Apple’s iPad at the upper end of the market. The prices are actually higher than the iPads, although they offer expandable storage up to 128GB.

The specs leaked so far suggest a device easily able to go toe to toe with the iPad. However, Apple’s device is so dominant that the S will also need to be cheaper if it’s to truly compete. 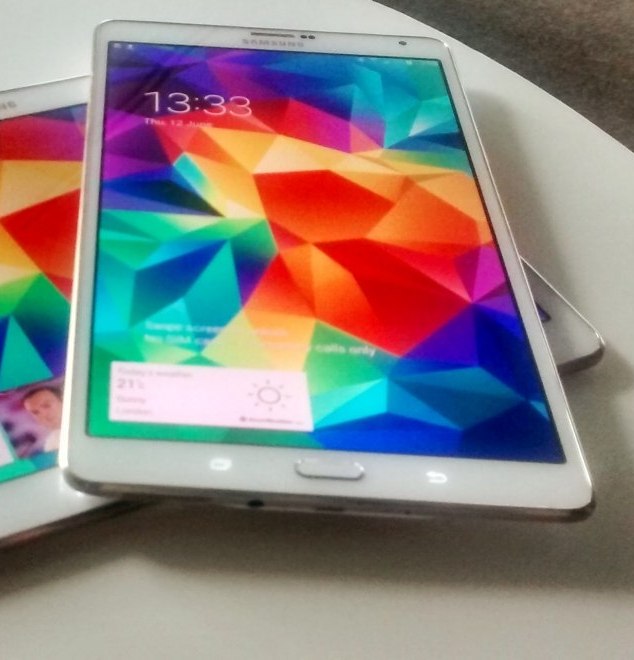