An air ambulance employee who was arrested in connection with the suspected theft of former Formula One champion Michael Schumacher’s medical records has been found dead in his cell. The man, whose name wasn’t released, was found hanged in a Zurich police jail on Wednesday morning as officers were handing out breakfast, prosecutors said in a statement. Initial investigations indicated that no one else was involved, they said. The air ambulance service, Rega, arranged the seven-time F1 champion’s transfer in June from a hospital in France to a hospital in Lausanne, Switzerland, to continue his recovery from a Dec. 29 skiing accident. A week later, Schumacher’s manager said medical documents purported to be Schumacher’s were being offered for sale to some media.

This tragic event leaves us sad and speechless.

Swiss prosecutors opened an investigation into the suspected violation of professional secrecy after Rega and Schumacher’s family filed criminal complaints. The investigation led prosecutors to the Rega employee, who was arrested on Tuesday. He denied wrongdoing in questioning by police, and prosecutors had planned to question him further. Prosecutors said they currently have no evidence of further suspects and likely will close the case. Schumacher’s accident happened on a family vacation as he was skiing with his 14-year-old son at the Meribel ski resort in the French Alps. He hit the right side of his head on a rock, cracking his helmet. Doctors operated to remove blood clots from his brain, but some were left because they were too deeply embedded. Schumacher’s condition stabilized after he was placed in a drug-induced coma, from which he has since emerged. 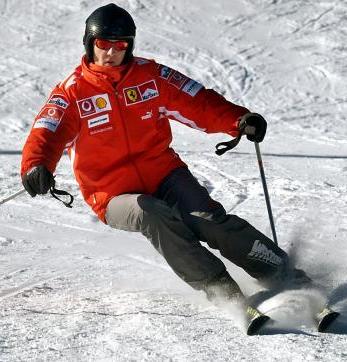