Scientist Stephen Hawking is teaming up with Monty Python for their reunion shows. The cult comedy troupe - John Cleese, Michael Palin, Eric Idle, Terry Gilliam and Terry Jones - are kicking off their reunion gigs on Tuesday, July 1. Hawking will appear in the show, at London’s O2, with Professor Brian Cox. Monty Python’s Flying Circus was made for TV between 1969 and 1974 and generations of fans can recite lines and whole sketches.

He’s (Stephen Hawking) a big Python fan so he was asked if he would.

Sixth Python Graham Chapman died of cancer in 1989 aged just 48, and nine years later the five remaining members shared a stage at the Aspen Comedy Festival in the US. Cleese said the show, which includes a large cast of dancers and performers, set changes and special effects, costs around £4.5 million to stage. Idle, who has done much of the planning for the shows, said the idea was “to leave them wanting less”.

We’ve got to be at a point that we’re really enjoying it, we’ve got to feel like we did 40 or 50 years ago. 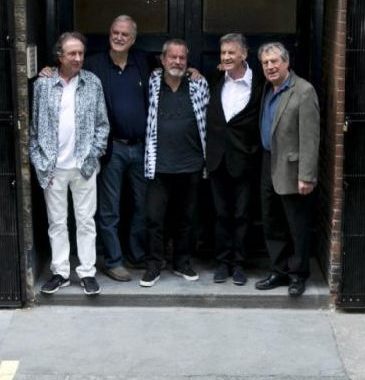