Angry football fans in South Korea threw handfuls of toffees at the national team as they arrived home after a disappointing performance in the World Cup. The public demonstration of disdain came after the country exited the competition in Brazil, with a 1-0 defeat at the hands of a 10-man Belgium side. South Korea finished last in their group with one draw and two losses. It is the country’s first Word Cup without a match win since the 1998 tournament in France.

The pressures were bigger than we thought for the young players on the big stage like the World Cup.

The 23-man squad, coached by Hong Myung-bo, arrived back at Incheon International Airport on the outskirts of Seoul from Sao Paulo early on Monday. They were greeted by frustrated supporters who threw dozens of sweets at the shame-faced players, who had lined up for a news conference. The popular pumpkin toffees have become a shorthand for an insult in South Korea, where “Go eat toffee” means a ruder version of “get lost”. Captain Koo said the young players had found the pressure too great in Brazil.

Here is not a good place to speak about it (my future with the national team). I’ll make the best decision. 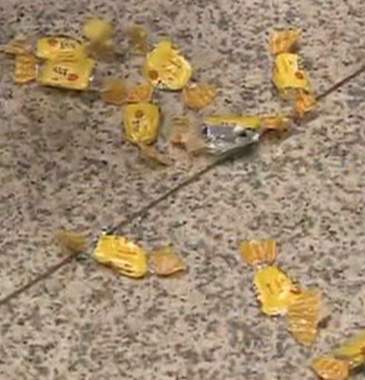