Scientists in Britain are studying a rare tapeworm that lived in a man’s brain for four years, researchers said on Friday. The parasite had travelled five centimetres from the right side of the brain to the left. The tapeworm causes sparganosis, an inflammation of body tissues that can cause seizures, memory loss and headaches when it occurs in the brain. Surgeons removed it and the patient is now “systemically well”, the Wellcome Trust Sanger Institute said.

We did not expect to see an infection of this kind in the UK, but global travel means that unfamiliar parasites do sometimes appear.

Effrossyni Gkrania-Klotsas of the department of Infectious Disease at Addenbrooke’s NHS Trust.

It was the first time the tapeworm, Spirometra erinaceieuropaei, was reported in Britain. Only 300 cases have been reported since 1953. The tapeworm is thought to be caught by accidentally eating small infected crustaceans from lakes, eating raw amphibian or reptile meat, or by using a raw frog poultice, which is a Chinese remedy for sore eyes. The team operating on the man managed to sequence the rare parasite’s genome for the first time, allowing them to examine potential treatments. 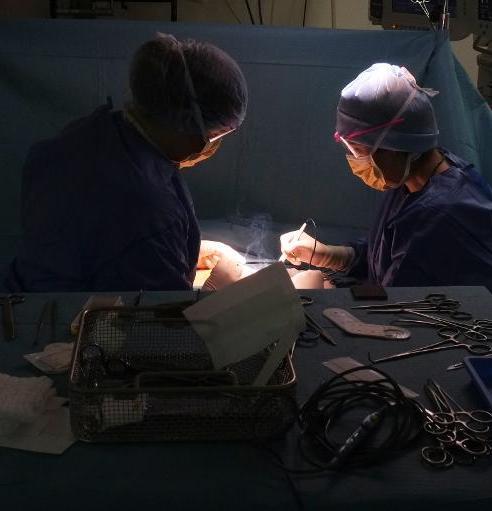