Police and residents of one Merseyside town in England were left completely baffled on Monday when a seal - a water-loving mammal - was discovered stranded in an field seven miles from the nearest waterway. It was spotted by a dog walker in Newton-le-Willows, near St Helens. Photos showed the animal looking sorry for itself as it lay on a muddy patch in the field. It is thought the animal may somehow have arrived in the field from the estuary of the River Mersey which starts at Runcorn. The British Diver Marine Life Rescue Service made their way to the scene and contained the seal before moving him on.

Seals are powerful animals and potentially dangerous. Police are advising the public to stay away from the area. 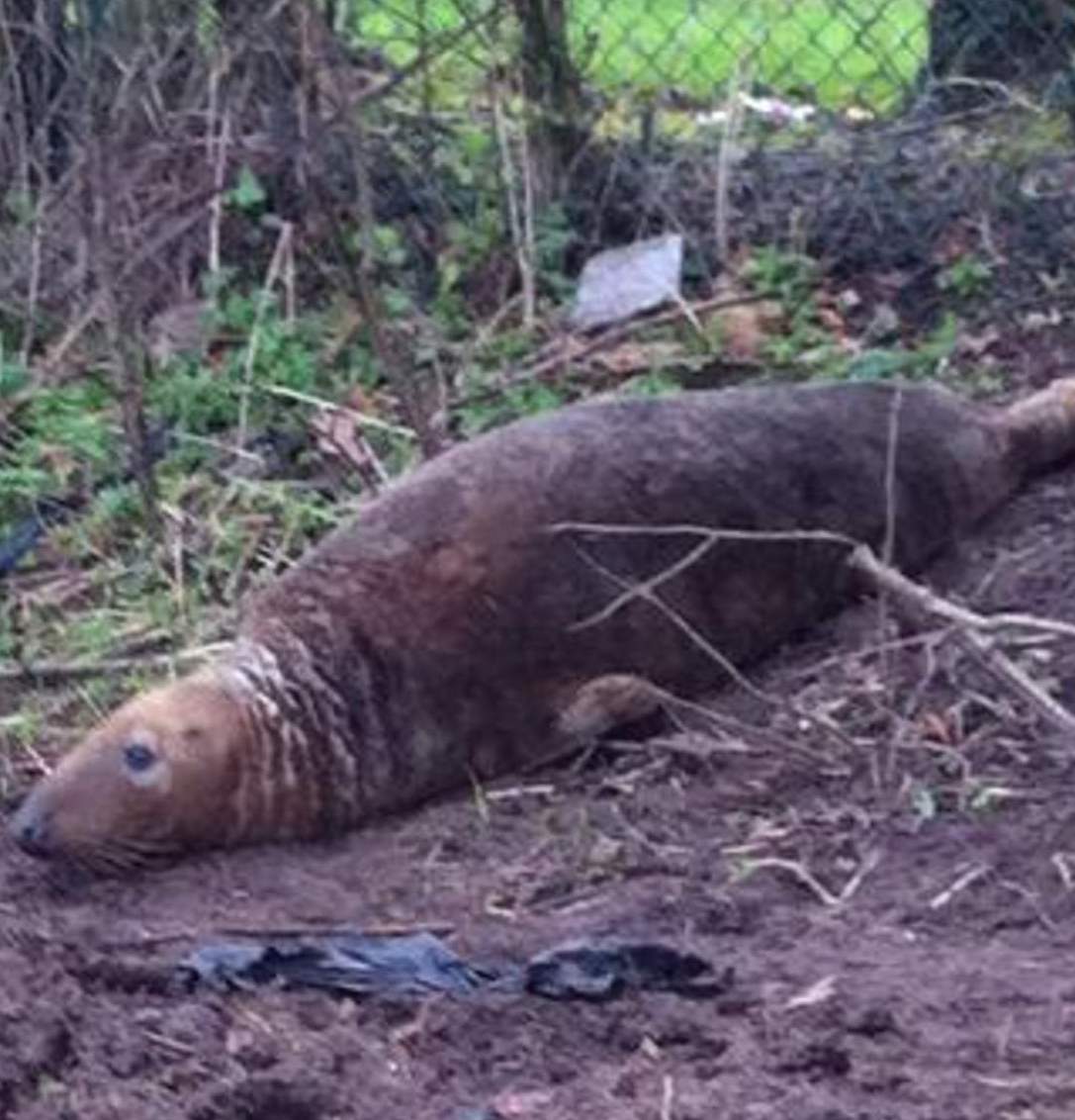