The Minnesota Twins say Target Field is the first major league ballpark to serve beer from a vending machine. The self-serve beer station debuted Sunday during the game against the New York Yankees. A second station is expected to be added in time for the All-Star Game next week. To buy a brew from the vending machine, buyers prove their age at a concession stand and purchase a vending card. That card is used at the vending machine from which buyers can tap up to 48 ounces every 15 minutes. The machine offers four beers: Bud, Bud Light, Shock Top Lemon Shandy and Goose Island 312 Urban Pale Ale. 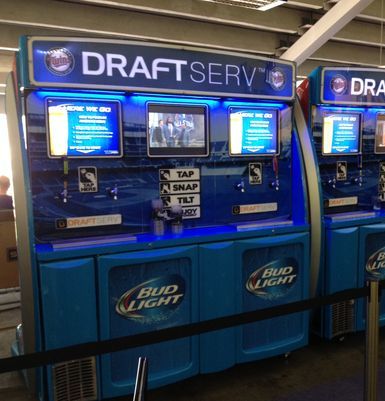