A powerful typhoon has buffeted the southern Japanese islands of Okinawa, paralysing transport and injuring at least 10 people. The Okinawan government said one of the injured was seriously hurt. A man has also been reported missing from a fishing boat in rough seas off Kyushu island, to the north. One of the biggest typhoons to hit during Japan’s summer months, Typhoon Neoguri was packing sustained winds of 194 kilometres (120 miles) per hour and gusts up to 240kph (148mph), the Japan Meteorological Agency said.

It would be one of the largest typhoons to hit Japan….We issue special warnings when we anticipate immense damage of a scale only seen every few decades.

Local airports were closed and about 593,000 people were advised to evacuate their homes, though most remained, taking refuge from the destructive winds, waves up to 14 metres (46 feet) high and storm surges that were set to intensify as the typhoon passed the main island of Okinawa. Television footage showed a building shattered, damaged storefronts and trees toppled as winds picked up in the Okinawan capital of Naha. 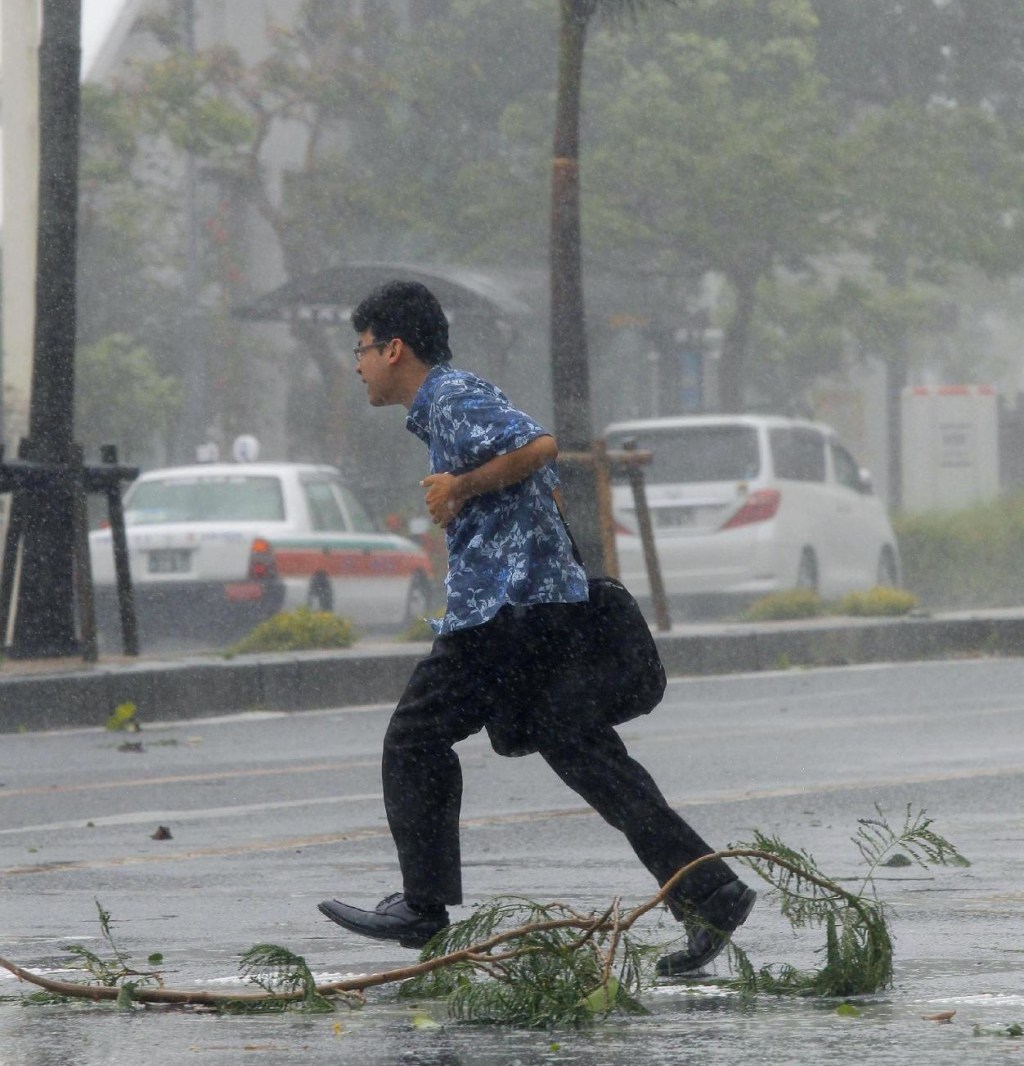