The anticipated Senate Intelligence Committee report due today includes graphic new details about the intelligence agency’s use of sleep deprivation, confinement in small spaces, sexual threats, humiliation and the simulated drowning process known as waterboarding on captured militants in the years after the Sept. 11, 2001 terrorists attacks. Officials who have read the report say it alleges that the harsh interrogation methods failed to produce unique and life-saving intelligence—a conclusion disputed by current and former intelligence officials, including CIA Director John Brennan. In preparation for the release of the report, which will be the first public accounting of the CIA’s use of torture on al-Qaida detainees held in secret facilities in Europe and Asia, security has been stepped up at embassies and U.S. facilities around globe. The report’s release also is coming at the objection of former President George W. Bush and several current Republican leaders.

We are concerned that this release could endanger the lives of Americans overseas, jeopardize U.S. relations with foreign partners, potentially incite violence, create political problems for our allies, and be used as a recruitment tool for our enemies. …This release is reckless and irresponsible.

According to many U.S. officials who have read it, the 480-page summary of the 6,000-page report asserts that the CIA lied about the covert program to officials at the White House, the Justice Department and congressional oversight committees. That sweeping indictment is hotly disputed both by the former officials who defend the techniques as necessary pressure short of torture, and by current CIA officials who believe that the use of the harsh methods were a mistake. Both groups insist that some of the detainees subjected to what were euphemistically dubbed “enhanced interrogation techniques” did provide crucial intelligence, including clues that helped the CIA find al-Qaida leader Osama bin Laden in Pakistan. 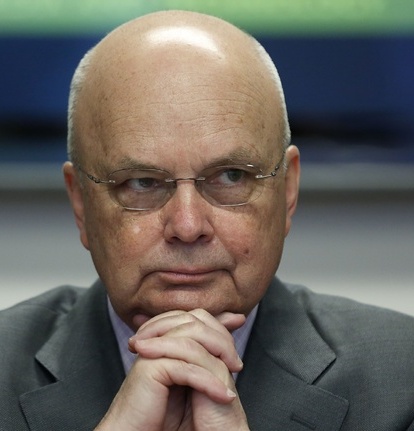