Six men have been charged over what Australian police said on Saturday was one of the largest drug busts in the country’s history, worth up to $1.28 billion. Australian Federal Police said the men were charged over their involvement in the attempted importation of almost three tonnes of MDMA, commonly called “ecstasy”, and crystal methamphetamine, also known as “ice”, into Sydney. Police will allege that the drugs, detected by Customs officers, were hidden in a container shipped from Germany which had been filled with furniture and unmarked boxes.

This seizure represents the second largest seizure in Australian history, which proves law enforcement agencies are working harder than ever to keep drugs out of our community.

Authorities said after the drugs were discovered, police allowed the shipment to be delivered to an address in western Sydney. They arrested the six men, all Australian residents, as they accessed the boxes. The six, aged between 23 and 34, have been charged with attempting to possess a commercial quantity of a border controlled drug, which attracts a possible penalty of life imprisonment, police said.

The importation of these substances into the community is being orchestrated by serious and organised crime groups. 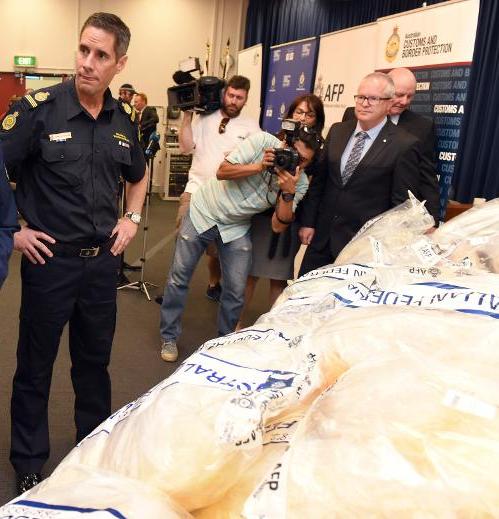