U.S. President Barack Obama sent Special Operations Forces to Syria earlier this year in an attempt to rescue James Foley and other Americans held captive by the Islamic State of Iraq and the Levant (ISIL). Obama authorised the secret operation after his national security team concluded that the hostages “were in danger with each passing day”. However, the operation failed because the hostages were not at the location U.S. forces were dispatched. The Obama administration’s revelation came a day after a shocking video showing the decapitation of Foley, a freelance journalist, by the Islamic extremists.

This operation involved air and ground components, and was focused on a particular captor network within ISIL. The mission was not successful because the hostages were not present at the targeted location.

About 24 agents from all of the military services were dropped from helicopters onto the site in a remote part of Syria and engaged with militants, apparently killing some of them, but did not return with any of the hostages. One American was reportedly wounded when a U.S. aircraft came under fire, but the entire team was evacuated successfully. The administration hadn’t planned to disclose the operation, said Caitlin Hayden, a spokeswoman for the White House National Security Council, in a statement. She cited the need to protect the hostages and “operational security.” The administration changed course today after news organizations were preparing reports on the matter, she said.

We never intended to disclose this operation. An overriding concern for the safety of the hostages and for operational security made it imperative that we preserve as much secrecy as possible. 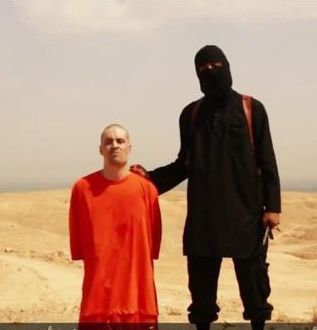