Sleeping with polar bears: French zoo offers up chance to spend the night

French tourists are opting for the luxury way to spend the night with a polar bear: Beside a log fire not far from home. Since it launched “A night at home with the bear” in October, La Fleche zoo in western France has booked up its comfy lodge overlooking Taiko the polar bear’s enclosure until the end of 2015. Safari-style lodges are part of a strategy by French animal parks to update ageing structures and attract new visitors. La Fleche zoo, which opened in 1946, was in need of boost when it opened its first lodge in 2013. Visitor numbers soon increased and the park now has eight lodges.

The idea is that visitors feel like they’re in a cocoon suspended in time, totally immersed in the animal environment.

Their style reflects the architecture of areas where the neighbouring animals would normally reside: Arctic lodges with log fires for observing polar bears, Asian-style lodges surrounded by bamboo and rice-paddies for tiger-watching. With immense bay windows, the three-star, six-person polar bear lodge costs at least $250 per adult per night. Visitors can observe Taiko and another polar bear, Katinka, swimming underwater through a massive window connected to the comfortable parental suite. Champagne and a gastronomic dinner are on the menu, while the howls of Arctic wolves ring out through the night. 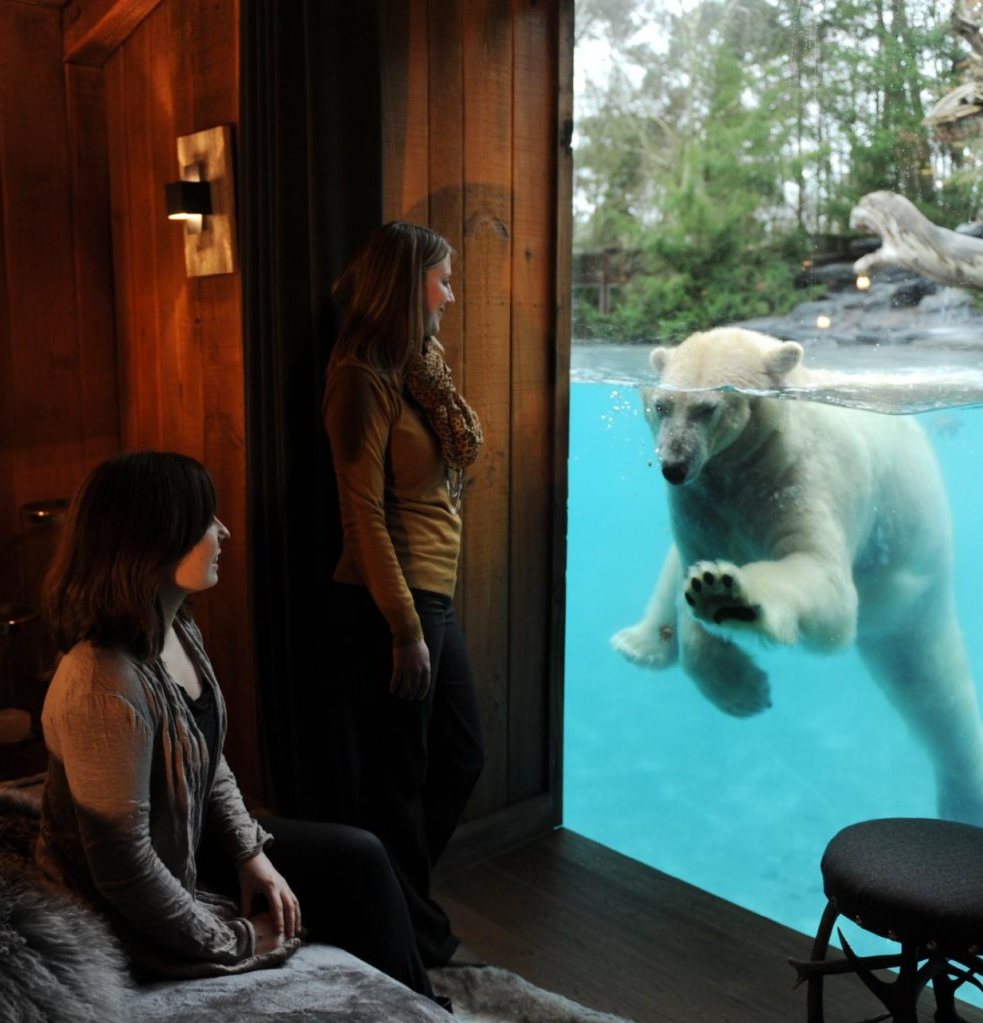