At least 50 Palestinians were killed on Sunday by Israeli shelling in a Gaza neighbourhood ahead of a meeting aimed at ending the nearly two-week conflict. Afterwards, Israel agreed to a two-hour humanitarian truce, though fighting resumed less than an hour later. The mass casualties in the Shejaia district in northeast Gaza were the heaviest since Israel launched its offensive on the Palestinian territory on July 8 after cross-border rocket strikes by militants intensified. Gaza’s Health Ministry officials said at least 370 Palestinians, many of them civilians, have been killed in the 13-day conflict and about 2,600 have been wounded. On Israel’s side, two civilians were killed by cross-border fire and five soldiers died while fighting in close quarters.

The gate of hell has opened, and shrapnel came through the windows. … From 12.30am until 4am, all you could hear is heavy bombardment, the smell of fire and the smell of death.

Qatar will host a meeting between Palestinian President Mahmoud Abbas and U.N. Secretary-General Ban Ki-moon on Sunday to try to push for an end to fighting in the Gaza Strip, a senior Qatari source told Reuters. Hamas, which controls the Gaza Strip, has rejected Egyptian efforts to end the fighting, saying any deal must include an end to a blockade of the coastal area and a recommitment to a ceasefire reached in an eight-day war there in 2012. The conditions include the release of prisoners re-arrested since a 2011 exchange deal with Israel, the opening of Gaza-Israel border crossings and an end to an Israeli blockade on the Gaza seaport, a Hamas source in Doha told Reuters. 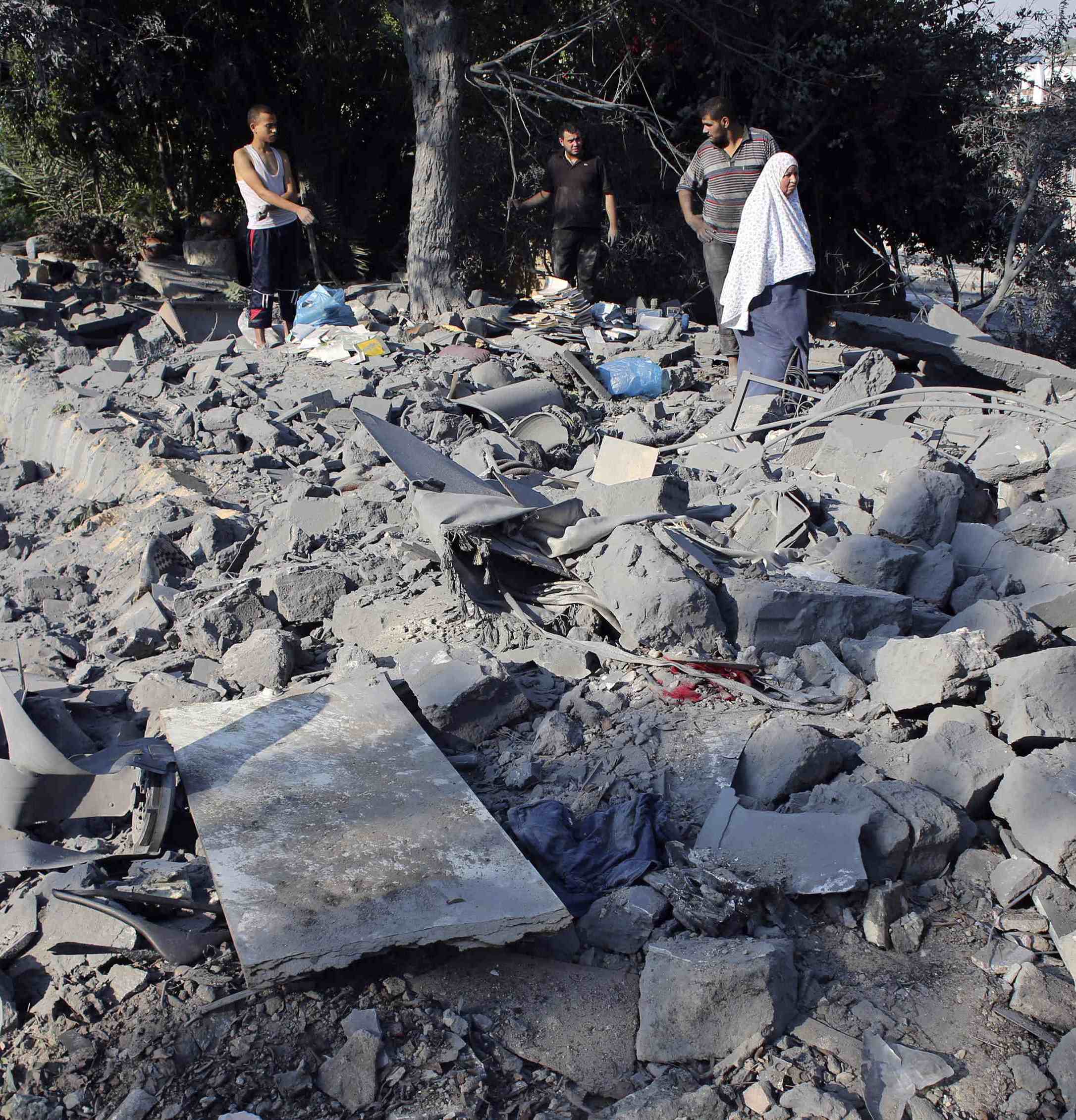