In his latest revelation, former NSA contractor and whistlebower Edward Snowden tells WIRED magazine that the NSA has a secret, autonomous program called “MonsterMind” that can respond to cyberattacks from other countries without human intervention. And beyond domestic privacy concerns, Snowden warns, the program could cause an international diplomacy nightmare for the U.S. as well, because the cyberattacks launched by MonsterMind are often routed through third-party computers housed in foreign countries.

You could have someone sitting in China, for example, making it appear that one of these attacks is originating in Russia. And then we end up shooting back at a Russian hospital. What happens next?

The disclosure is the latest revelation about massive NSA surveillance efforts since Snowden’s leaks last year that led him to flee the United States and take refuge in Russia. Snowden also said an intelligence officer had told him the U.S. was responsible for the 2012 disconnection of Syria from the Internet, albeit by accident. He also said the U.S. had “crossed lines” by attacking civilian infrastructure in China.

I think they think there’s a smoking gun in there that would be the death of them all politically. 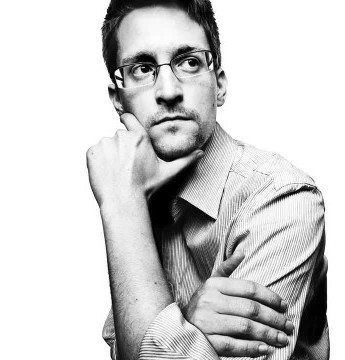