Thirteen men have been convicted of running a sex ring that saw teenage British girls abused, raped and prostituted. Victims were sexually abused for money in Bristol, south west England and groomed to believe the abuse was part of loving relationships they were having with the defendants. The gang, all of Somali origin, faced more than 40 charges involving 10 victims aged between 13 and 17. Seven men were convicted at Bristol Crown Court on Wednesday and six in May, but details of the cases can only be revealed now after reporting restrictions were lifted. Described as “vulnerable” due to their age and circumstances, the victims were paid as little as $50 or given drugs, alcohol and gifts to perform sex acts on older men.

I’d like to stress how important it is to remember that such vulnerable victims often don’t realise they’re being abused and don’t recognise the signs of abuse.

At the first trial, Liban Abdi, 21, Mustapha Farah, 21, Arafat Osman, 20, Idleh Osman, 22, Abdulahi Aden, 20, Said Zakaria, 22, and Mustafa Deria were all jailed for between 18 months and 13 years for either child sexual exploitation or drugs offences. Mohamed Jumale, 24, Mohamed Dahir, 22, Zakaria, Jusuf Abdizirak, 20, Omar Jumale, 20, Abdirashid Abdulahi, 21 and Sakariah Sheik, 21, were all convicted of child sexual exploitation offences at the second trial. Judge Julian Lambert will sentence the seven defendants for the 20 charges they were convicted of, relating to four victims, tomorrow.

Ensuring these cases come to trial is vital in giving sexually exploited children confidence in the justice system and the belief that, if they come forward, they will be believed and supported. 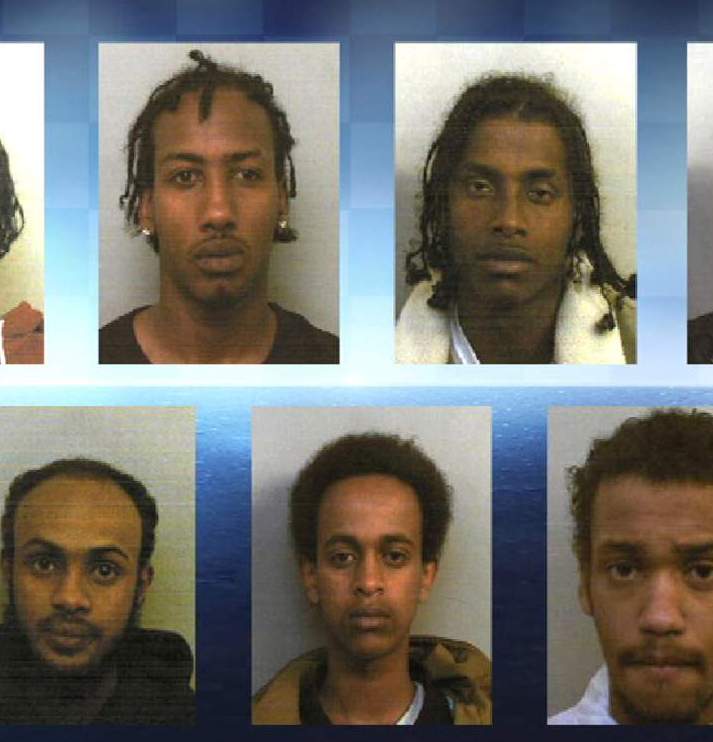