Nobel Prize-winning author Nadine Gordimer—one of the literary world’s most powerful voices against apartheid—has died at the age of 90 in South Africa. The family said in a statement today that Gordimer died peacefully in her sleep at her home in Johannesburg on Sunday. The statement said her son Hugo and daughter Oriane were with her at the time.

She cared most deeply about South Africa, its culture, its people, and its ongoing struggle to realize its new democracy.

Statement from the writer’s family

Gordimer wrote 15 novels as well as several volumes of short stories and was published in 40 languages around the world. She won the Booker Prize in 1974 for “The Conservationist” and was awarded the Nobel Prize for literature in 1991. The family said her “proudest days” included testifying in the 1980s on behalf of a group of anti-apartheid activists who had been accused of treason. A private memorial service is expected to be announced at a later date. 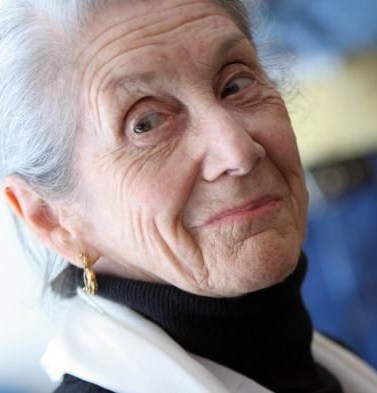