Southeast Asia has become the world’s hotspot for pirate attacks after an international clampdown slashed the number of hijackings off the coast of war-torn Somalia, the U.N. said Thursday. Last year 28 boats were attacked in the western Indian Ocean but none taken captive in the region. That compares to January 2011, when Somali pirates held 736 hostages and 32 boats, some onshore and others on their vessels. Meanwhile in Southeast Asia piracy has surged, particularly in the maritime trading hub of the Malacca Straits, between Malaysia and Indonesia. Attacks in the region topped 150 last year after starting an upward trend since 2010.

Piracy in the Malacca Strait continues to be a major disruptor for safe routes in the eastern Indian Ocean… The number of attacks show no sign of decreasing. Attacks in the high seas have increased, while attacks in ports are on the decrease.

Last month the International Maritime Bureau said that there had been 23 actual or attempted attacks in Southeast Asian waters between January and March, mainly off Indonesia. UNITAR said piracy was likely to become even worse in the region as the centre of gravity of global shipping continues to shift towards Asia. 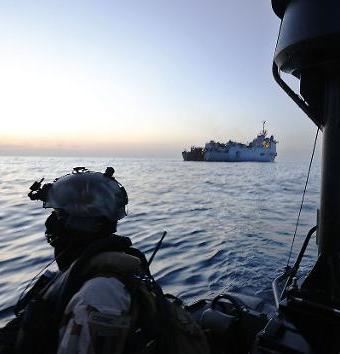